Home Business A Pawn in Their Game? US Cozies Up to Taiwan, Angering China 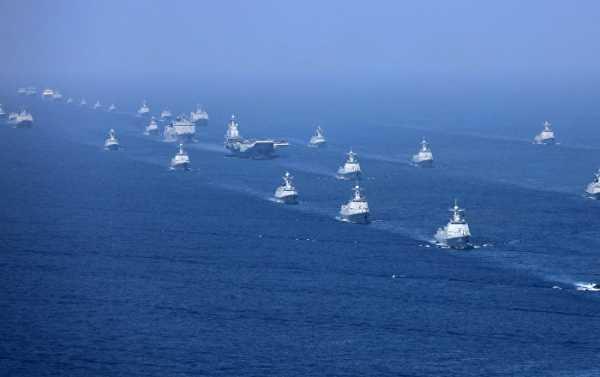 As mainland China launches live-fire drills in the Taiwan Strait and state-owned Beijing media outlets warn of protective military measures, Taipei has waved away the threat, suggesting that the large-scale war exercises are “routine.”

After Chinese President Xi Jinping recently presided over the largest military exercise by the country since 1949 — a massive parade of warships in the disputed South China Sea — state-owned Beijing media outlet Xinhua warned Taiwan and its longstanding military ally the US that independence moves by the island nation will not be tolerated.

But the administration of US President Donald Trump continues to buck a foreign policy long held by earlier US presidents, that there would be no overt support of Taiwan independence, in spite of military and other forms of ongoing assistance, alongside Washington’s trade-war threats.

Trump and his administration appear to be escalating the anger in Beijing, as significant steps by Washington in recent months intending to increase diplomacy with Taipei are seen by China as, at best, regionally destabilizing or, at worst, a provocation to an actual military conflict.

Following his unlikely ascendancy to the US presidency, Trump opened the recent degradation in Sino-US diplomatic relations by accepting a congratulatory telephone call from Taiwanese President Tsai Ing-wen, in contravention of some 40 years of diplomatic protocol.

Trump went so far as to suggest that his friendship with Taipei would force China to provide trade concessions with the US, an assertion met with overwhelming derision around the globe. Even shocked Taiwanese officials were quick to downplay the remarks, noting with concern that the small country was at risk of being used like a pawn and then tossed away, cited by the South China Morning Post (SCMP).

Taipei is considered by Beijing as a satellite vassal state, although the approximately 36,000-square-mile island country — just 110 miles from the mainland — claims that it is an independent sovereign nation, a view that Washington has tacitly adhered to since Taiwan’s formation in 1949.

Currently, an increasingly hawkish attitude in the Trump White House has caused fears of a vulnerable Taiwan to resurface, as moderate diplomatic voices in Washington have been forced out and replaced by Trump appointees, including newly-minted US Secretary of State Mike Pompeo formerly of the CIA, and National Security Adviser John Bolton. Both Trump loyalists are well known for caring little about the niceties of negotiation with China.

Trump’s administration has heaped fuel on the fire by the approval of the sale of US military technology to Taiwan for new submarines, as well as codifying Washington foreign policy by signing a Taiwan Travel Act, easing protocols for US and Taiwanese officials to meet and do business.

Just last month, US Senators demanded that Trump offer to sell F-35 stealth fighter jets to Taiwan, according to Defense One.

In June of this year the American Institute in Taiwan, an embassy to the country in all but name, will occupy a new facility in Taipei, amid speculation that Bolton or another senior US official would attend the ceremony, a move that Beijing would consider a major provocation, according to SCMP.

Taiwanese premier William Lai recently described himself publicly as “a political worker for Taiwanese independence,” a comment that has not gone unnoticed in Beijing, particularly as Washington has increased it’s recognition of an independent Taipei.

Pubs and Bars in the UK Could be Shut Until Christmas...

All Talk No Action: Why US Won’t Provide Real Backing to...

Apple is the only media company rich enough to beat Netflix...

McCallion meets FAI to discuss potential for Derry to be involved...