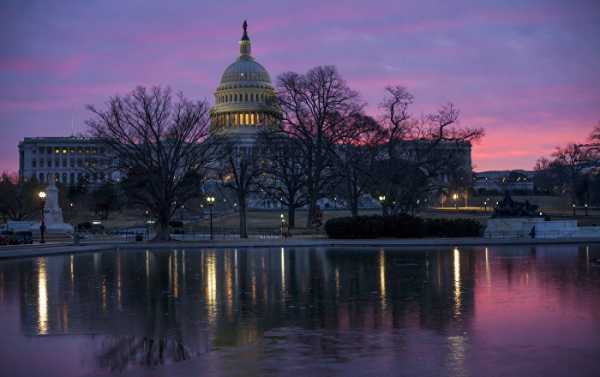 A first-ever full-scale audit of the Pentagon’s massive military budget promises details that may upset some, but according to government officials will be worth its nearly $1 billion price tag.

According to US Department of Defense (DoD) undersecretary David Norquist, the ongoing audit of the Pentagon’s books — the first ever for the enormous American military — will be worth the nearly $1 billion earmarked to fund the deep forensic accounting dive.

During questioning at a Senate Budget Committee hearing last week, Norquist, current DoD undersecretary and comptroller, sought to assure senators that another high price tag for another Pentagon program would justify another eye-opening cash outlay.

Reporting that the current $367 million fee for contractors performing the audit — a figure projected for fiscal 2018 alone — Norquist offered that the number was some 1/30th of 1 percent of the current Pentagon budget.

The US comptroller — essentially the chief financial officer (CFO) of the US DoD — remarked that the current audit cost is “less than what Fortune 100 companies such as General Electric, Proctor & Gamble and International Business Machines Corp pay their auditors,” cited by Defense One.

Norquist detailed an audit report timeline for 24 so-called stand-alone DoD programs, only nine of which have been confirmed as having clean books since 2014, after Congress increased pressure on the Pentagon for a level of financial accountability previously authorized in 1990 during the presidency of George H. W. Bush.

The earliest audit reports will be released in the fall of this year, the comptroller asserted, noting that a final report is due in June 2019, by which time the Pentagon budget is projected to top a whopping $700 billion annually — an amount detailed as larger than the total annual military expenditure of the next eight nation-states on Earth combined, according to multiple sources.

The audit results, Norquist suggested, will not be pretty, but they are necessary, according to Defense One.

“I anticipate the audit process will uncover many places where our controls or processes are broken,” the Pentagon CFO explained to the Senate Budget Committee.

“There will be unpleasant surprises,” he said, adding, “Some of these problems may also prove frustratingly difficult to fix.”

“But the alternative,” according to the Trump appointee, “is to operate in ignorance of the challenge and miss the opportunity to reform.”

Among many inconsistencies uncovered in just the early stages of the far-reaching Pentagon audit are revelations that at least 39 Blackhawk helicopters — at about $6 million each — belonging to the Army were not recorded on the books, as well as a minimum of 478 structures at 12 bases that were not identified in USAF real estate records.

Norquist acknowledged observations by committee member Senator Tim Kaine (D-VA), that the true cost of cleaning the Pentagon’s books cannot be estimated until the unprecedented audit is complete.

“We’re going to get a lot of bad news out of this audit if we do it right,” Kaine suggested, cited by Defense One.

Prince Charles May Cut Off $2 Million Support to Harry and...