Home Business According to Leaked Report, Brexit Will Significantly Impact the Irish Economy 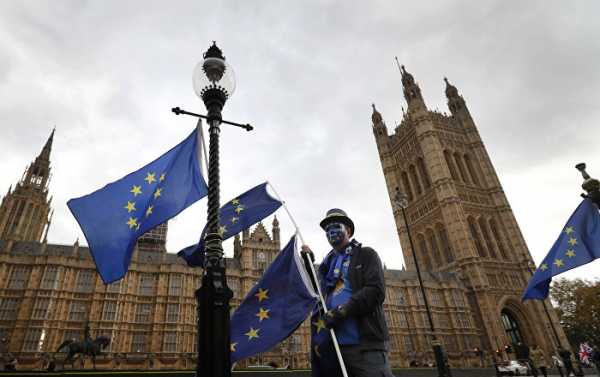 A classified report to the Irish Government opined that Ireland will be affected worse by Brexit than by any other country in the EU, and urges diplomatic action aimed at derailing the Brexit process.

Kristian Rouz – A classified report to the Irish government, leaked to the local media over the weekend, claims the Irish economy will be affected by the adverse effects of Brexit to a far greater extent than the economy of the UK. Meanwhile, Ireland will not enjoy any of the positive effects of Brexit the UK will.

A research behind the leaked report was undertaken by Copenhagen Economics. The study’s findings were not included in a separate, publicly-released, paper from the think tank.

The classified report evaluates the impacts to the Irish and British economies of several key changes in the relations between the UK and EU after March 2019. Whilst the study found Ireland will suffer severe consequences of Brexit, the report also makes recommendations on how Dublin can hinder, reverse, or otherwise complicate the Brexit process for Britain via intra-EU diplomacy.

The report’s authors stressed is cannot be released under the Freedom of Information Act as possibly jeopardising Ireland’s foreign policy and international relations.

“The study also included confidential research on Ireland’s potential allies which is not intended for publication given bilateral and EU27 sensitivities,” the report says.

The report found a ‘soft Brexit’ scenario would result in the UK finding itself in a situation similar to Norway’s current relations with the EU as part of the European Economic Area (EEA). The UK would remain in a single European market, and the threat of a disruption of the established trade ties would be significantly diminished.

Copenhagen Economics suggest Ireland could work together with the Netherlands, Belgium, Denmark, Germany, France, and Spain, as well as Poland and Lithuania, to force a ‘soft Brexit’ scenario.

Another possible Brexit scenario reviewed in the report is a ‘hard Brexit’ – with the UK leaving EU without a trade deal and a subsequent full reversal to the WTO trade rules between the Albion and the continent.

“Perhaps even more sensitive in nature, and not included in the published report, the research suggests that the cumulative negative economic impact on the UK by 2030 in the range of 2 percent of GDP (under an EEA scenario) to 5 percent (under a WTO scenario) – showing the UK economy to be less damaged by Brexit than Ireland.”

The report also found Belgium’s GDP would underperform by 2.9 percent is case of a ‘hard Brexit’, and 1 percent under the EEA scenario. The Netherlands would see its GDP 1.8 percent and 0.7 percent lower, in each respective scenario.

Lithuania – hit by Brexit’s restrictions on the free movement of workforce – would also underperform by either 1.3 percent or 0.6 percent of its GDP in case of either ‘hard’ of ‘soft’ Brexit.

Meanwhile, Ireland will be the most hit, as a ‘hard Brexit’ would take a toll of 7 percent off its GDP, whilst under the EEA scenario Ireland will only underperform by 2.8 percent.

On its part, France would take a blow of either 0.5 or 0.2 percent GDP, whilst Spain and Germany would lose 0.7 percent GDP.

“The data shows that in the case of large countries such as Germany and France, the impact of Brexit on their macroeconomic outlook is relatively limited and the difference between an EEA-type outcome and worst case WTO outcome is muted,” the report found. “This in turn may affect their negotiating stance.”

This comes as Ireland’s Sinn Fein nationalists argue Brexit is an imminent threat to Ireland and its economic prosperity. Some point out that possible tensions over the border in Ulster could reignite the Troubles and sectarian violence fuelled by the anticipated economic hardship.

“The reality is that Brexit and the Good Friday Agreement are not compatible,” Sinn Fein leader Mary Lou McDonald said. “Brexit, whether it is hard or soft, represents a clear and imminent threat to the economic, social and the political functioning of Ireland in its totality.”

This comes as the Tory and Unionist Cabinet in London is reportedly weighing all options on Brexit, with the right-wing Conservatives led by Catholic MP for North East Somerset Jacob Rees-Mogg are insistently urging a ‘hard Brexit’ as the most beneficial to the manufacturing sector of the English North and Northeast.

Marianne Williamson is not joking about that call to New Zealand