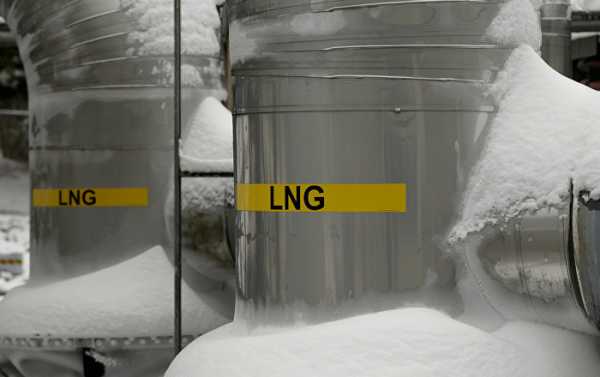 Chinese funding and development of natural gas fields in Alaska will become the key topic in governor of the state Bill Walker’s talks in May. China’s participation in these talks will allow it to increase its LNG supply.

Bill Walker and president of the state-funded Alaska Gasoline Development Corp Keith Meyer have signed an agreement on a joint LNG venture in Beijing in November, 2017. The total estimated cost of the project — $43 billion. The agreement indicates only the intention of both parties to look into the prospects for investing in a joint venture, but includes no binding provisions, Russian expert Alexey Gromov says in an interview with Sputnik.

“The Alaskan project has been under development for many years due to its controversial economic expediency. So, when China expressed its interest in jointly exploring the gas field with the American company, it was considered to be a huge diplomatic success on Donald Trump’s part. Though I would not recommend overestimating the agreement reached in autumn, 2017. China has not yet made any solid decisions on investment, but rather merely expressed its interest,” Gromov said.

Bill Walker’s planned visit to China in May is likely to shed light on whether the $43 billion project will evolve into legally binding contract. So far the preliminary guideline sets the end of 2018 as the deadline for striking a deal. If it is implemented, the 1,290 km pipeline will connect the north and the south of the state, with an expected annual production of 27.6 billion cubic meters.

“If China decides to participate, this will boost the LNG supply to the Chinese market significantly in the medium-term perspective. In the long-term perspective a gradual rise in LNG procurement to China is expected, considering their regasification capabilities,” Gromov added.

China has been Alaska’s biggest trading partner since 2011, with export volume reaching $1.18 billion in 2016. Walker, who is planning to expand the trade between the two believes, that his state has what China needs. An expert from Renmin University of China, Liu Ying believes the development of trade ties between China and Alaska, as well as with other US states, is a good opportunity to minimize damage from the trade war between Beijing and Washington.

“President Donald Trump conducts an isolationist policy that hurts ties with China. Alaska, California and other states wish to develop economic contacts with China. The development of cooperation on the regional level allows both sides to negate the consequences of disagreements on trade issues on the intergovernmental level. Separate American states are becoming the leading force for trade and mutual investments between the US and China,” Liu Ying said.

Why the Democratic Party doesn’t want a presidential debate about climate...

The Books Worth Reading (and Re-Reading) in 2018

How to watch the 60 Minutes interview with Stormy Daniels