Home Business All Change: Why UK Chancellor Wants to Get Rid of Those Pesky... 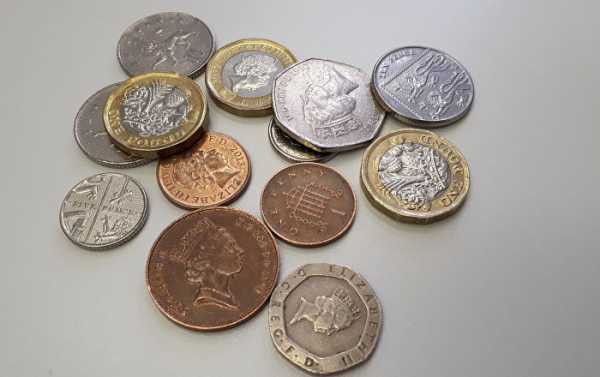 The Chancellor of the Exchequer, Philip Hammond, has announced plans to consult on the possibility of scrapping the smallest denominations of UK currency. Sputnik spoke to two young people who have very different opinions about 1p and 2p coins.

The possible scrapping of the copper coins — which have been in existence since Britain switched to decimal currency in 1971 — is part of a much wider re-examination of the future of cash, which includes consideration of the role of bitcoin in the UK economy.

“We will call for evidence on how to encourage cashless and digital payments, while ensuring cash remains available to those who need it,” said the Chancellor in his Spring Statement on Tuesday, March 13.

Beth Fox, 21, who lives in London, said she would miss the one pence and two pence coins if they were to be scrapped.

“I don’t want to scrap them. I like change in my pocket,” Miss Fox told Sputnik.

​But Louise Somers, 24, who moved from Britain to Canada last year, had a very different outlook.

“I don’t miss them one bit here. They only have five cents so servers just round it up to the closest 5 or 10 and it means your pockets are way lighter and far easier to work out quick maths,” Miss Somers told Sputnik.

​If the 1p and 2p coin are consigned to history they will follow the halfpenny coin, which was scrapped in 1984.

Banks are to send unused stocks back to the Royal Mint to be melted down.

1p Coins May Cost More to Produce Than They Are Worth

The halfpenny coin’s fate was sealed when it became more expensive to make than its face value and it is thought that may be the case with 1p and 2p coins, both of which are made from copper-plated steel.

But a Treasury spokeswoman said it was a “commercially sensitive” subject and she could not give details on how much it cost to manufacture the 1p or 2p coin.

Last year a bill was introduced in the US Congress which would have abolished the one cent coin.

​In the document the Treasury published on Tuesday there were some fascinating nuggets of information about how cash has fallen out of fashion in 21st century Britain, especially with the younger generation, so-called “millennials”.

The document also revealed six out of ten 1p and 2p coins were used in only one transaction before leaving the cash cycle.

“They are either saved, or in eight percent of cases are thrown away,” says the Treasury report.

Because so many copper coins vanish out of circulation the Royal Mint has been forced to produce and issue more than 500 million 1p and 2p coins every year to replace those which have been thrown away or ended up in piggy banks.

​”Technology has revolutionized the way people shop, sell, and save, and people are increasingly moving away from using cash. Cash has fallen from being 62 percent of all payments by volume in 2006, to 40 percent in 2016, and is predicted by industry to fall to 21 percent by 2026.

“Contactless payments made each month have grown by nearly 20 times in the three years to June 2017…Digital payments can offer consumers and businesses convenient, tailored, and flexible ways of making purchases. Increasingly, they can also offer additional services, such as ways to help budget, or keep a record of transactions,” said the report.

But the Treasury insists cash has not become “obsolete” and they said 2.7 million people in Britain are entirely reliant on cash.

In the UK most retailers invariably advertise products for 99p or £9.99 in an attempt to make them sound cheaper.

​Soon this option will not exist.

In 2001 entrepreneur Nadir Lalani set up a chain of shops, known as 99p Stores, across Britain but in February 2015 he sold them to rival Poundland for £55 million.

Most of the 99p Stores shops were rebranded as Poundland but last year it announced the remaining 60 stores would be closed.

Watching Lottery Drawings in an Age of Plutocracy |

The Remarkable Persistence of the Breeders |