Home Business All That Glitters: Gold Strengthens Amid Renewed Tensions Between US and China 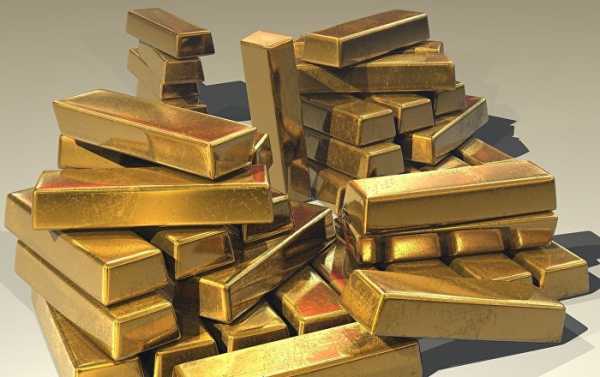 Fears of a US-China trade war in the making has driven the dollar down against a numbercurrencies and ramped up foreign demand for dollar-denominated gold.

Gold was trading higher on Monday following Beijing’s retaliation against the new US tariffs on steel and aluminum imports from China.

A weaker dollar generally boosts the price of dollar-denominated gold and the index of the dollar value against the six other main currencies has dropped by 0.2 percent.

“The trade war is going on and it is getting worse, so that might be the reason that people are selling the dollar and buying gold,” said Yuichi Ikemizu at ICBC Standard Bank in Tokyo.

China imposed extra tariffs of up to 25 percent on 128 US products including frozen pork, as well as wine and certain fruits and nuts, in response to new US duties on imports of aluminum and steel from the country.

Beijing is defending its move as “a legitimate action adopted under WTO rules to safeguard China’s interests,” the finance ministry said on Sunday.

The Haunted Image of Harriet Tubman on the Twenty-Dollar Bill |