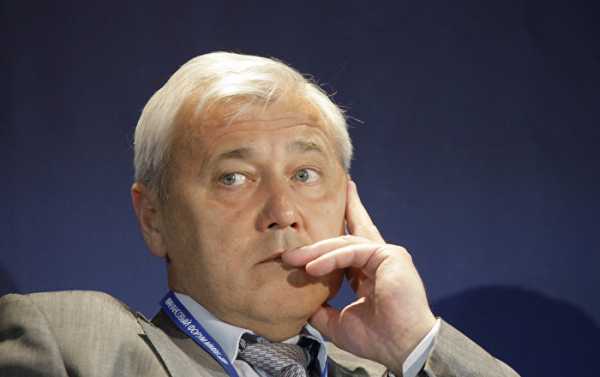 Anatoly Aksakov, chair of Russia’s State Duma Committee on Financial Markets, says he does not believe bitcoin will return to its former glory. On the contrary, Aksakov predicts it will fall dramatically.

According to Aksakov, bitcoin may plunge all the way down to $300 per coin before the end of this year.

“It is unlikely [bitcoin] will rise to the $20,000 mark again, unless the Americans hold it there artificially,” Aksakov said. “It can plunge to $300 before the end of this year.”

Commenting on the world’s most popular cryptocurrency, Aksakov said he shares the sentiment that bitcoin is a project of Western intelligence services.

“I think it is their project — American intelligence services. They seek to support it with various means,” he said.

Earlier in January, Natalia Kasperskaya, co-founder of the Russian computer security company Kaspersky Lab, said that bitcoin was designed to provide financing for US and British intelligence activities around the world.

“Bitcoin is a project of American intelligence agencies, which was designed to provide quick funding for US, British and Canadian intelligence activities in different countries. [The technology] is ‘privatized,’ just like the internet, GPS and TOR. In fact, it is dollar 2.0. Its rate is controlled by the owners of exchanges,” she said in a presentation published on Russian social media.

In the same presentation, she said that Satoshi Nakamoto, the alleged creator of bitcoin, is actually a pseudonym for a group of American cryptographers.

At the end of 2017, bitcoin hit a high of $20,000 per coin, but plunged to $6,000 in February over talks of possible government crackdowns on the cryptocurrency in South Korea and around the world.

As of February 15, bitcoin was trading at $10,134, according to the Coindesk website.

“Big Little Lies” Season 2 Was a Metaphor for Power in...