Home Business Apple Co-Founder Wozniak Reveals How He Was Scammed Out of $70K in... 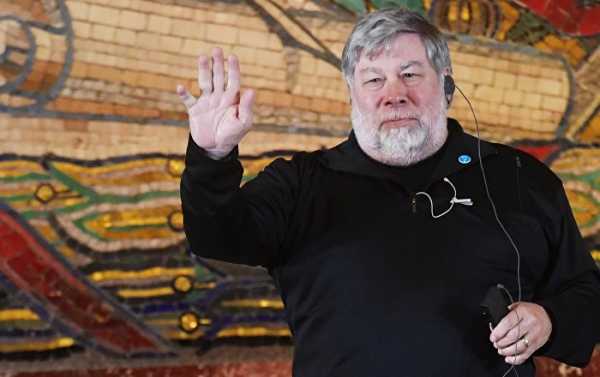 Dealing in bitcoin could be a risky business and some people have learned this the hard way.

Like a growing number of people, Steve Wozniak has been stung by a cryptocurrency fraud with the scammers using a stolen credit card to swindle the tech legend out tens of thousands of dollars.

“The blockchain identifies who has bitcoins… that doesn’t mean there can’t be fraud, though. I had seven bitcoins stolen from me through fraud,” Wozniak was reported to have told participants of a global business summit organized by the Economic Times of India daily earlier this week.

He said that someone had bought the bitcoins from him online through a credit card and then cancelled the credit card payment.

“It was that easy. And it was from a stolen credit card number so you can never get it back,” Wozniak noted.

He added that he had initially bought the seven bitcoins at $700 each as an experiment, but at today’s price of around $10,200 a bitcoin his financial loss is now calculated to be in the ballpark of $71,400.

With an estimated net worth of $100 million, Steve Wozniak doesn’t really need to worry much about the lost money though.