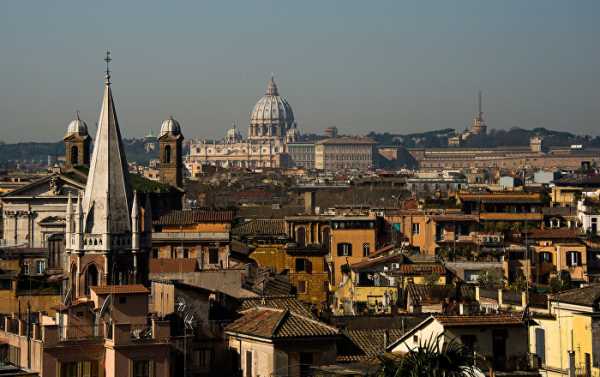 The Bank of Italy (BoI) Governor touts the solid pace of GDP expansion this year, but calls for structural reforms in the domestic economy and tighter cooperation and monetary policy coordination within the Eurozone to ensure a sustainable acceleration in the Italian economy.

The Bank of Italy (BoI) said the country’s GDP will expand in 2018 at the same pace as last year due to successful monetary policy measures and the continued economic consolidation — mainly, due to the ECB’s stimulus. This contributes to the improved investor sentiment in Italy, BoI Governor Ignazio Visco said.

This year, the Italian economy is projected to rise 1.5 percent, and an additional 1.2 percent next year.

“The virtuous circle of supply and demand is gaining momentum: the rise in households’ disposable income and the decline in firms’ spare capacity mean that the improved outlook is increasingly translating into higher consumption and investment,” Visco stressed.

The BoI forecast upgrade comes roughly a year since the nation’s banking sector was bailed out by the government. The cabinet provided at least 17 bln euros — or $21 bln — to address the structural problem of non-performing loans (NPLs) and low capitalisation at two major Italian banks, and nationalised the nation’s largest lender Banca Monte dei Paschi.

Governor Visco also pointed out ECB rules addressing the NPL issue must be fully enforced, which will help erase last year’s turmoil in the banking sector.

The BoI Governor also stressed he and his colleagues are working on bringing inflation closer to the ECB’s 2-percent target. The Italian economy has traditionally pursued an inflation-driven model since the end of World War II, aided by the national currency —  the lira’s — weakness. However, with the adoption of the euro prior to the last major crisis, the nation has lost the FX rate tool of growth-adjustment.

“The risk of inflation has been averted but it is proving difficult to push up inflation expectations,” Visco said. “We will be patient in pursuing the inflation objective and perseverant on the monetary stance adopted.”

Visco noted the risk of disinflation in Italy has been averted, which allowed the bank to raise GDP growth expectations.

The Italian economy has gradually recovered from the 2011 debt crisis, and its GDP slightly gained momentum under the current cabinet of Prime Minister Paolo Gentiloni, while the Italian government debt stabilised at roughly 132 percent of GDP.

Visco also called for comprehensive reforms in the economy, particularly, in the non-financial sector, to ensure a quicker pace of GDP expansion down the road. He also warned against increases in the national debt.

“To strengthen growth in the medium term, further steps must be taken towards structural reforms, improving public services, and rationalising and stabilising the tax laws,” Visco said. “An increase in the public deficit is no substitute for reform and could prove counterproductive.”

This as Italy is heading into a general election in early March, with right-wing populist and pro-sovereignty parties projected to carry a significant share of the votes.

This as Italy still has the second-worst debt burden in the Eurozone after Greece, with the nation’s banking sector — despite signs of recovery — still showing over 270 bln euros of NPL’s on their books. Some right-wing politicians are calling for leaving the EU, bringing back the national currency, and implementing policies combining a currency devaluation with a BoI monetary stimulus.

Meanwhile, BoI Governor Visco called for a tighter cooperation within the Eurozone, and a better ECB policy coordination, which could allow it to address specific issues the Italian economy faces.

“Diminished trust among member states has led to a sterile conflict between calls for risk reduction versus those for risk sharing. These proposals are instead complementary,” he said.

Additionally, Italy is set to merge its multiple small cooperative banks into two large banking groups in the upcoming month, which is expected to help them raise capital in the open market, and boost domestic lending, while tackling the NPL problem. This could also help spur the Italian GDP growth in the medium-term.

How anti-Semitism festers online, explained by a monitor of the darkest...

To Justify Its Existence NATO Has to Create Russian Bogey –...