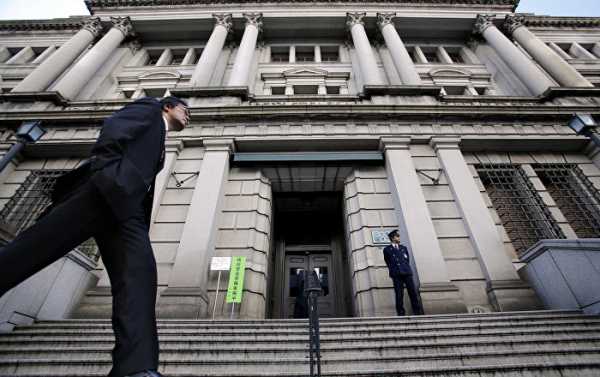 Several major assignments at the Japanese central bank suggest major changes are in store for the nation’s monetary policy in the near-to-medium-term, with market participants expecting a gradual normalization in interest rates.

The first of the BoJ’s two new deputy governors, Masazumi Wakatabe, is a renowned economist, recognized for his hardline stance in favor of radical monetary stimulus. His work suggests that ultra-low or negative interest rates produce significant positive macroeconomic results, while downplaying the side-effects of such policies.

“It’s true that I have advocated for aggressive monetary policy but from here on I’m going inside the BoJ as a deputy governor,” Wakatabe said. “I will have new data and information, and there will be discussions with my fellow board members. Considering that, it’s of course possible to update and modify my thinking.”

Masayoshi Amamiya, second of the two, is a central banker recognized for his resourceful approach to government relations — known as ‘Amamiya magic’ — who has also openly criticized Governor Haruhiko Kuroda, calling for changes in the current course of monetary policies.

“Conceptually and theoretically, we haven’t ruled out the possibility of adjusting the yield curve” Amamiya said. “However, we are not at the point of considering that at the moment.”

The yield curve is a discrepancy in yields between short-term and long-term bonds, which reflects investor expectations of the economy. A flatter or inverted curve is widely regarded as a sign of a looming slowdown or recession.

Additionally, the BoJ’s Executive Director Eiji Maeda is said to be taking charge over the broader monetary policy framework, succeeding recently-promoted Amamiya in this role.

The three are now the focus of investor and corporate-sector attention, and the BoJ is seeking ways out of its ultra-loose policies towards higher interest rates, and market-based dynamics in the bond market, with less central bank interference.

The BoJ says policy normalization is necessary in order to free up some of its firepower to prevent and address future economic crises.

“The term for the BOJ’s new leadership will be a very challenging one,” Shinichiro Kobayashi of Mitsubishi UFJ Research & Consulting said. “Inflation won’t reach their price target, but they have few tools to get closer.”

This comes as Japan’s inflation has been stuck at 0.9 percent year-on-year in both December and January, despite an acceleration in the Japanese GDP, driven by the robust expansion in exports and domestic consumption.

The case for monetary tightening in Japan is indeed expected to be a tough one in light of the government’s planned tax increase, slated for 2019. Tighter monetary conditions work well in a looser fiscal environment, and vice versa, however, tighter policies on both ends of macroeconomic planning poses serious risks of hampering both the GDP growth and inflation.

There is widespread speculation amongst central bankers that BoJ Governor Kuroda — recently re-appointed for his second term by Prime Minister Shinzo Abe — might step down from his post two-three years from now, with Amamiya succeeding him as Japan’s top central banker.

Currently, the majority of Japanese economists expect the BoJ to lift ts rates in January 2019 or later, while only a minority expects the first steps towards monetary tightening to arrive this year.

However, in the light of the personnel reshuffle at the top levels of BoJ’s governance, such projections are deemed preliminary, if not irrelevant. THe response of the new team to the upcoming macroeconomic data will provide a better idea of the central bankers’ plans.

What time polls close in every state where there’s a primary...