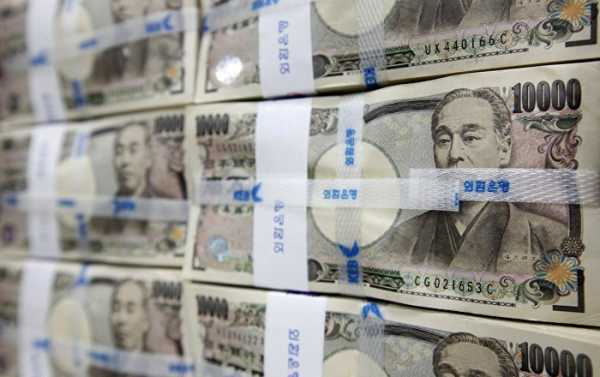 The Bank of Japan (BoJ) says the recent strengthening of the yen, along with the still underperforming inflation, are effectively preventing major changes in monetary policy due to the heightened risks of the economy sliding back into disinflation.

A stronger yen could hamper Japanese exports — one of the pillars of the nation’s GDP growth — and if the rally continues, the BoJ might further delay its long-anticipated interest rate hikes.

The BoJ’s Deputy Governor Masayoshi Amamiya said the central bank is not seeking to cut its bonds purchases and end the unconventional monetary policies — including zero interest rates (ZIRP). Amamiya cited a stronger yen as his main concern.

The BoJ has recently made attempts to follow the international trend toward tighter central bank policies and a crackdown on the ultra-cheap money liquidity. Such attempts include a decrease in banknote printing and a cap on yearly bond purchases at 80 trln yen (some $750 bln).

“The BOJ’s bond-buying pace fluctuates from time to time depending on market moves,” Amamiya said in the Japanese parliament.

This comes as some economists say the BoJ could implement a “stealth tapering” — by quietly cutting its bond purchases without taking bold moves or making loud policy statements.  Such speculation is supported by an actual decline of Japan’s yearly bond purchases down to 50 trln yen.

Amamiya rebuffed such allegations, saying the pace of QE is adjustable depending on the central bank’s needs to support market stability.

“That is completely different from the US Federal Reserve’s tapering, which is an intentional, steady slowdown (of bond purchases) aimed at normalizing monetary policy,” Amamiya said.

In a separate statement, a high-ranking BoJ official told the parliament the BoJ won’t raise rates until Japan’s inflation hits its 2-percent target

“We’re not in a stage where we need to consider the timing or means to change our current policy framework, including negative interest rates,” BoJ Executive Director Eiji Maeda said. “It’s important to patiently pursue powerful monetary easing.”

Such contradictory messages from Japan’s central bank have contributed to higher market volatility in recent weeks. This, in turn, is driving the demand for safe haven assets and the Japanese national currency — the yen — is one of them.

On 9 January, the BoJ suddenly decreased its purchases of long-term bonds, fueling expectations it is preparing to either increase rates or cut total bond purchases. This produced an immediate yen rally, which has strengthened 6 percent since then.

Meanwhile, changes in US trade policy and the Treasury Department’s steps to implement fiscal accommodation have resulted in a weaker dollar, pushing the yen even higher. Such dynamics impaired Japan’s export outlook and have likely slashed percentage points off Japan’s Q1 GDP.

“The BOJ is in an extremely difficult situation,” Akio Kato of Tokyo-based Mitsubishi UFJ Kokusai Asset Management Co. said. “Under normal circumstances, the BOJ should be buying less given where yields are, but it can’t, with the yen at a much stronger level than many had projected.”

Some experts suggest the BoJ could take more aggressive steps to end its ultra-loose policies after currency markets stabilize. However, the central bank’s main priority would be further cuts in its purchases of 5-10-year bonds down to zero. Subsequently, the BoJ would gradually taper its buyout of longer-term bonds.

Such an order of QE trimming is expected to encourage business investment in the non-financial sector, as it would suppress long-term yields, whilst driving the profitability of near-to-mid-term-investment.

“They are in a catch-22 situation,” Hidenori Suezawa of Tokyo-based SMBC Nikko Securities Inc. said. “It’s unlikely the BoJ will boost buying, but it can’t reduce it either as it puts further downward pressure on yields.”

Meanwhile, rate policy normalization is not expected before inflation hits its 2-percent target. BoJ Governor Haruhiko Kuroda recently reiterated that the central bank is not in a hurry to abandon its unconventional policies and is comfortable with the current level and pace of accommodation — despite rife internal debate over the possible side-effects of negative rates.

‘Too many bluffers at this club’: Roy Keane says Man United...

Jurgen Klopp needs a trophy at Liverpool but the signs are...

Why only 2 of 10 Democrats raised their hands to say...