Home Business Beijing: Trade War With US ‘to Bring Disaster to the Whole World’ 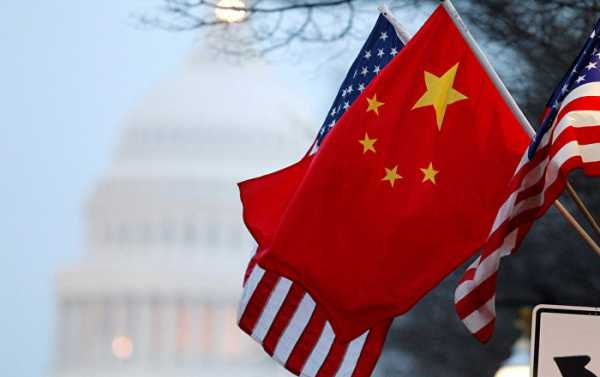 Responding to US President Donald Trump’s push to increase tariffs on imported steel and aluminum, Chinese Commerce Minister Zhong Shan has pledged to tackle a possible trade war-related-challenges and uphold interests of ordinary people in China.

Speaking at a briefing on the sidelines of China’s annual parliamentary session, the country’s Minister of Commerce Zhong Shan has warned that there would be “no winners” in a trade war between Beijing and Washington.

“It would bring disaster to our two countries as well as the rest of the world,” he pointed out.

“China does not wish to fight a trade war, nor will China initiate a trade war, but we can handle any challenge and will resolutely defend the interests of our country and our people,” he said.

The statement came a few days after US President Donald Trump’s announcement to raise tariffs on steel and aluminum imports by 25 and 10 percent, respectively.

This is expected to affect China, which remains the world’s largest steel producer and a leading aluminum exporter.

Trade tensions between the US and China have been simmering since Trump’s election campaign in 2016, when he blamed Beijing for currency manipulation and proposed to raise the issue of its  commitment to the rules of the World Trade Organization.

Trump also promised to slap a 45-percent tariff on cheap imports from China which he said add significantly to unemployment in the United States.

Sauber, Charles Leclerc and the most-improved team of F1 2018?