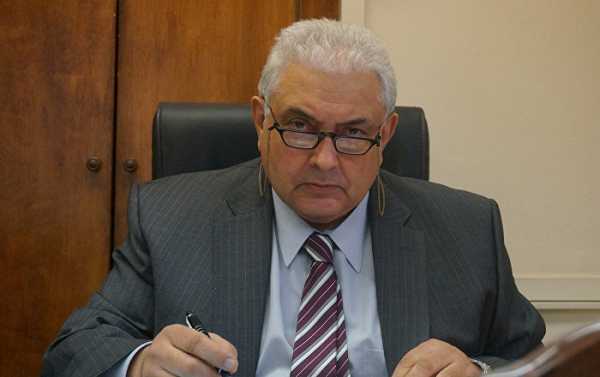 Russian Ambassador to Germany Sergey Nechayev said in an interview that the EU’s decision impose the norms of the Third Energy Package on Nord Stream 2 cannot be understood with logic.

Speaking to a Neue Osnabrücker Zeitung reporter, the Russian ambassador complained about the EU’s contradictory attitude towards the Nord Stream 2 gas pipeline.

“The European Commission’s attitude is beyond logic. The EU pointed out a task to liberalize the energy market and develop fair competition,” Nechayev said. “But in reality, the intrusion of EU authorities in the gas branch will only get stronger.”

He warned that this might lead to discrimination against Nord Stream 2 and create a precedent for extraterritorial application of EU laws in maritime areas and exclusive economic zones, which violates the UN convention on international maritime law.

Through the Nord Stream 2 project, two gas pipes with a total capacity of 55 billion cubic meters of gas per year are to be built from the Russian coast across the Baltic Sea to the German coast, an expanse already traveled by the original Nord Stream pipeline. Nord Stream 2 is expected to double Nord Stream’s capacity. The operator company of the gas pipeline, Nord Stream 2 AG, has already secured the necessary permission from German government to build the sea part of the pipeline and the terminal facility. Permission from the rest of the countries involved — Finland, Sweden, Denmark and Russia — is expected to be secured in the first half of this year.

However, the EU, supported by a number of European states, is seeking to alter the EU’s energy legislation in order to spread the norms of the so-called Third Energy Packet to all gas pipelines on EU territory which go to or from third-party countries.

Among other things, the Third Energy Package demands that the same company that sells the gas should not be allowed to own the transportation infrastructure (pipelines) that carries the gas. It also demands that third parties should have access to the pipeline, limiting the largest supplier to only 50 percent of the pipeline’s capacity.

There is a big problem, though: in its current form, the Third Energy Package only works for internal EU gas companies and is not applicable to third country suppliers. That means that Russia, not being a member of the EU, does not fall under the Third Energy Package’s restrictions whatsoever. This has been confirmed by the 2017 EU Council’s legal service, which examined the EC’s proposed mandate in respect to Nord Stream 2.

Article 2(17) of the EU’s 2009 gas directive limits its application to a “transmission line which crosses… a border between member states for the sole purpose of connecting the national transmission systems of those states,” the service pointed out, according to EUObserver.

It is obvious that the EC is struggling with its own legislation in an attempt to block or hamper Gazprom’s new pipeline projects. Moscow believes this is a politicized, unfriendly decision and insists that existing gas transit across Ukraine is unsafe and insecure. Gazprom has announced its intent to stop supplying gas through Ukraine in 2019 and has offered to replace it with newer pipelines.

What to expect at the last Democratic debate before the Iowa...

Elon Musk reportedly almost avoided a federal lawsuit — but then...

The White House and the FBI knew more than enough about...

A Tribute to Edie Falco as Carmela Soprano |