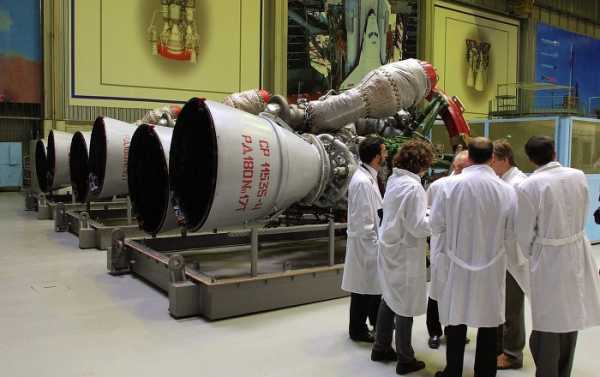 Russian lawmakers have submitted a wide-ranging bill that could freeze crucial exports to the United States.

The bill, which was drafted in response to the new round of US sanctions announced last week, proposes a wide range of restrictions on the import of US goods and services and could impact bilateral cooperation in such high-tech areas as nuclear engineering and space exploration.

The draft is scheduled to be put up for vote on May 8.

The bill, drafted by State Duma speaker Vyacheslav Volodin, envisages, among other things, restrictions or a complete ban on the import of farm products, raw materials, food, alcohol, cigarettes and medicines from the United States and other countries participating in anti-Russian sanctions.

The restrictions will also impact US technological equipment and computer software.

Russia’s retaliatory measures could deal a painful blow to the US, whose $7 billion exports to Russia are dwarfed by the 17 billion dollars’ worth of goods it buys from Russia.

Machines and equipment account for a hefty 43 percent of US exports to Russia, followed by chemical products (16.5%), agricultural produce (3.7%) and textiles (less than 1%).

A ban on the import of US medicines will hardly be felt in Russia.

“The share of US medicines in Russia’s overall import of pharmaceutical products does not exceed five percent,” the head of the company Deloitte’s   pharma desk, Oleg Berezin told Sputnik.

US aircraft and space rocket makers could be the hardest hit as the first stages of NASA’s Atlas-V rocket boosters are powered by RD-180 engines made by Russia’s Energomash Association.

The future of America’s giant aircraft maker Boeing also hangs in the balance with the head of the Russia Federation Council’s budgetary committee Sergei Ryabukhin saying that if the bill is passed, Russia will pull the plug on the sale of titanium to the US.

The aircraft industry is increasingly reliant on titanium as a strong but lightweight material for use in wing assemblies, steering wheels, hydraulic systems and a number of other parts.

According to Moscow-based defense analyst Anatoly Tsyganok, Boeings is almost 90 percent reliant on titanium it receives from Russia.

“They surely have some stocks of titanium left, which will last them for about three months, give or take. But what next?” Tsyganok wondered.

If approved, the measure would also ban the sale of other rare metals, such as scandium, gallium, bismuth and antimony, the US is heavily dependent on.

On April 6, the US Treasury Department added dozens of Russian businessmen, companies and senior officials to its sanctions list in response to what it described as Russia’s “malign activity” around the world.

Moscow has responded by warning of retaliatory measures and advising Washington to “get rid of the illusions” about being able to speak to Moscow using the “language of sanctions.”

US Court Rejects Halkbank’s Appeal to Stay Proceedings in Case of...