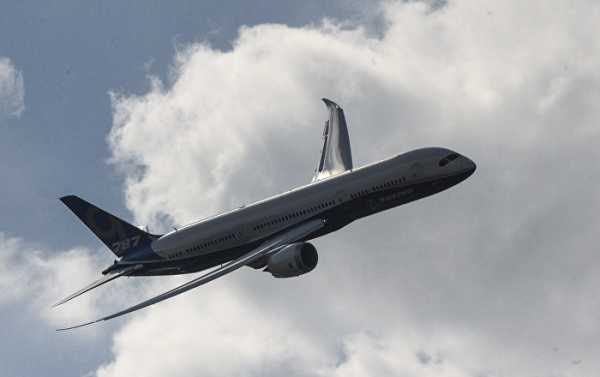 WASHINGTON (Sputnik) – US aircraft manufacturing giant Boeing in a statement said new tariff measures proposed by the US and Chinese governments could harm the entire aerospace industry.

“While both governments have outlined positions that could do harm to the global aerospace industry, neither has yet imposed these drastic measures,” the release said on Wednesday.

Earlier in the day, White House spokesperson Sarah Huckabee Sanders said in a press briefing that new tariffs on Chinese products could go into effect in a couple of months. On Tuesday, the Office of the US Trade Representative said the United States was set to impose additional tariffs on around 1,300 Chinese products, including those produced by China’s aerospace and information technology industries. Chinese has responded with its own counter-measures.

Chinese Ambassador to the United States Cui Tiankai said that the new proposal to introduce tariffs on Chinese products is yet another Washington’s “step in a wrong direction,” adding that if any harmful actions were taken such steps would definitely have a negative impact on other economies, since all the economies in the modern world are interconnected.

Earlier, Trump signed a memorandum to introduce new $60 billion-worth tariffs on imports from China, which according to the White House were designed to offset the advantages that Beijing had gained through their unfair trade practices. Beijing responded to the new measure by imposing import tariffs on US products.

‘God’ Denies He is on Trump’s Side as Evangelical Supporters Pray...