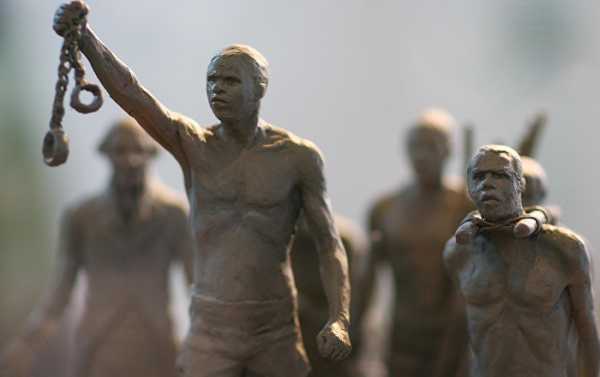 The newspaper covering the city of Bristol in the west of England has launched a campaign to face up to the city’s past as a hub of the British Empire’s slave trade. Sputnik spoke to Sue Giles, Senior Curator of Bristol Museums, who explained how the city came to be involved in trading human beings.

In the 18th century many merchants and traders based in Bristol, Liverpool and London became fabulously wealthy as a result of the slave trade.

Bristol merchants alone sent 2,000 slave ships and around 500,000 African men, women and children on the Middle Passage to the Caribbean and America.

“It was said at the time that a slave ship could be smelled seven miles away. The ships had to undergo a lot of cleaning after the slaves had been unloaded and before the sugar could be loaded. A slave ship carrying up to 400 people would have had fairly insanitary conditions,” Sue Giles, Senior Curator of Bristol Museums, told Sputnik

Dire Predictions For Bristol After Abolition

“Whenever there were elections those opposed to abolition would paint a dreadful picture of the effect on the city. They said it would ruin Bristol and that would be it but actually Bristol switched to palm oil and other trade,” Ms. Giles told Sputnik. She said it was a bit like some of the dire predictions made about Brexit.

She said it was difficult to estimate how much money, in 2018 figures, Bristol made out of slavery but it certainly made men like Edward Colston extremely rich.

Last year Bristol Music Trust, who run Colston Hall — the city’s most famous music venue — announced it would be closing for refurbishment and when it reopened in 2020 it would be given a new name.

One of Bristol’s most famous bands, Massive Attack, had refused to play there and the trust admitted the name had become a “toxic” brand.

There have also been demands to remove the statue of Colston in the center of the city.

Ms. Giles explained that Colston — who actually spent most of his slave-trading career in London, rather than Bristol — never married or had children so when he died in 1721 most of his huge fortune was donated to charities in Bristol.

“He was therefore seen as a huge benefactor and people in Bristol ignored how he made his money. Colston tends to get the blame for the city’s slave trade but others had a much bigger finger in Bristol’s pie,” she told Sputnik.

“The slave trade began in the 15th century and was started by the Portuguese. Originally trade with Africa was mainly for gold, ivory and pepper. But gradually the need for labor in the Caribbean plantations grew as Britain and other countries colonized islands like Jamaica,” Ms. Giles told Sputnik.

Demand for Slaves Led to Wars in Africa

She said that as the demand for slaves grew it triggered a number of wars in west Africa as tribes like the Ashanti conducted raiding parties into the interior to find people they could enslave and sell on to the Europeans.

After Colston’s Royal African Company lost its monopoly in 1698 merchants from Bristol started sending out their own ships on the triangular trade which involved guns, beads and brass pots and pans being exported to Africa where they would be exchanged for slaves which would be sent to the Caribbean and finally sugar would be brought back to Britain.

Bristol Was a Major Port of the British Empire

“Because it was a big port it could weather the storm after abolition. It imported wine and oil from Italy, cloth from Ireland, timber from Sweden and Russia. Bristol carried on,” she told Sputnik.

Liverpool is the home of the International Slavery Museum but Bristol is doing its bit to face up to the past too.

The M-Shed museum in Bristol is currently putting on an exhibition about the transatlantic slave trade, the third the city has hosted in recent years.

Ms. Giles said many black visitors were deeply affected by their visits to the exhibition and come out with a mixture of anger, sadness and pride in their ancestors and their ability to survive their ordeal.

“Both white and black visitors say we must learn from this and it must never happen again. But slavery has not completely gone away,” Ms. Giles told Sputnik.

The editor of the Bristol Post newspaper, Mike Norton, has also launched a Year Of Change project to get Bristolians to face up to their past and last week he apologized for a front page headline 21 years ago which “essentially destroyed what little credibility and trust the Post had within Bristol’s African and Afro-Caribbean community.”

In 1833 the British government spent £20 million to compensate all those slave owners in the British Empire when the Slavery Abolition Act was passed. This huge debt — 40 percent of the national budget — was only finally paid off in 2015.

Last month the Treasury deleted a tweet about this debt as a #FridayFact.

US Navy Parts Ways With Sailor Who Allegedly Served as Neo-Nazi...