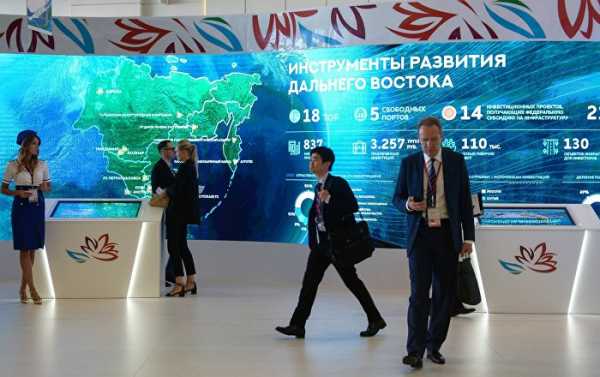 “We expect some very respectable delegations from the leading countries of the Asia-Pacific region. Similar to last year, there will be a separate round of business dialogues, with the new ones this year. We expect to hold meetings with businessmen from Europe, Vietnam, India in a wider format. A separate business dialogue with South Africa is scheduled,” Krutikov said.

The first round of discussions at the EEF will focus on the competitive advantages of different economic sectors of the Russian Far East, while the second round will address international projects as the event gathers investors from 17 countries, the official added.

The EEF serves as a platform for the discussion of key issues in the world economy, regional integration, industrial and technological development. In 2017, the event included business dialogues with delegations from China, Japan, South Korea, India, and the Association of Southeast Asian Nations (ASEAN). The EEF-2018 will take place on September 11-13.

Trump only wants to take credit for Republicans’ midterm outcomes if...