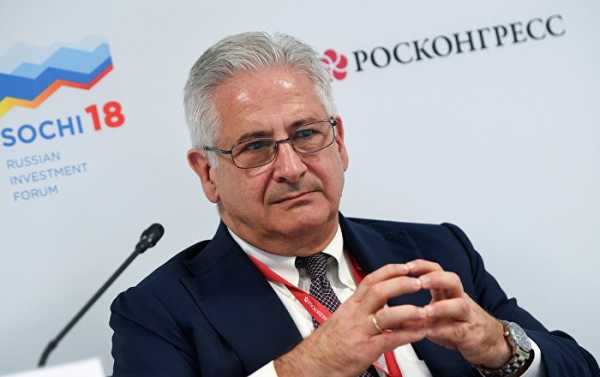 MOSCOW (Sputnik) – Trump’s administration wants to boost business with Russia, since it is the last constructive relationship that remains amid the tense political relations, Alexis Rodzianko, president and CEO of the American Chamber of Commerce in Russia, said in a magazine published for the upcoming St. Petersburg International Economic Forum.

“It would seem that the political situation has not improved, but we are seeing positive developments. The new US administration has changed its tone with regard to American business in Russia. For the first time in my four and a half years at AmCham, we have heard from US officials that we need to be more proactive in developing business with Russia, since this is, in fact, the last constructive relationship that remains between our two countries. And on this basis, the relationship as a whole must be improved. This is the message from the new administration,” Rodzianko said.

The head of AmCham in Russia also pointed out most feasible sectors for bilateral economic cooperation.

“Light industry and consumer goods. These areas are not affected by sanctions or other external factors … Another area is healthcare and pharmaceuticals,” Rodzianko added.

Earlier in May, Rodzianko said in an interview with Sputnik that US Ambassador to Russia Jon Huntsman would participate in St. Petersburg International Economic Forum (SPIEF) and lead a big state-level delegation involving business representatives. SPIEF, held annually in Russia’s second largest city of St. Petersburg, is a major global platform for communication between business representatives and the discussion of crucial economic issues.

This year’s event will take place on May 24-26. Rossiya Segodnya International Information Agency is the official media partner of the forum.