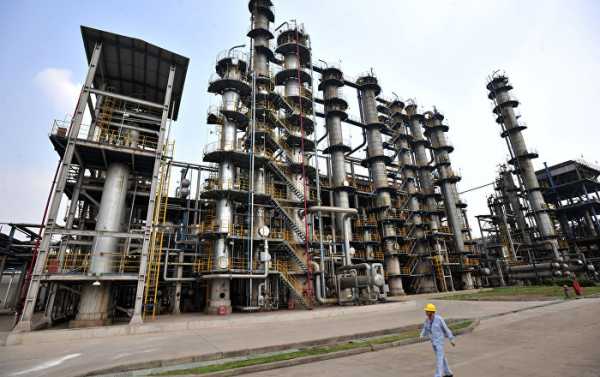 Probe launched by Chinese authorities against the chairman of finance and energy conglomerate CEFC puts company’s acquisition of a 14.16-percent stake in Russian oil giant Rosneft from the consortium of the Swiss commodities giant Glencore and the Qatar Investment Authority (QIA) under risk, local media reported Thursday.

The publication did not provide any further details about the probe. The Chinese company also struggles to find sources for the deal financing, the publication noted.

CEFC planned to pay $4 billion of its own funds and to borrow the remaining $5.1 billion from banks, including China Development Bank, but after the beginning of the investigation, Chinese financial organizations are afraid of participation in the deal, the publication’s sources said.

If CEFC did not find money for the deal by the end of February, the deal is likely to fail, and CEFC might be fined, one source said.

Ye’s aide Sun Yunfeng told the publication that CEFC was in talks with Russian state-owned bank VTB about a two-year interim loan. VTB has not yet commented on these reports.

In September, Glencore announced that it and the Qatari sovereign fund QIA agreed to sell 14.16-percent stake in Rosneft to CEFC. If the deal is successful, QIA will retain a 4.7-percent stake, while Glencore will keep 0.5 percent of Rosneft shares. On February 21, Glencore said it expected the deal to be closed before July.

Glencore-QIA consortium bought a 19.5-percent stake in Rosneft in December 2016 for 692 billion rubles ($12 billion at the current exchange rates) as part of the Russian company’s privatization.