Home Business China and Japan Make Breakthrough in Cooperation Amid Trade War With the... 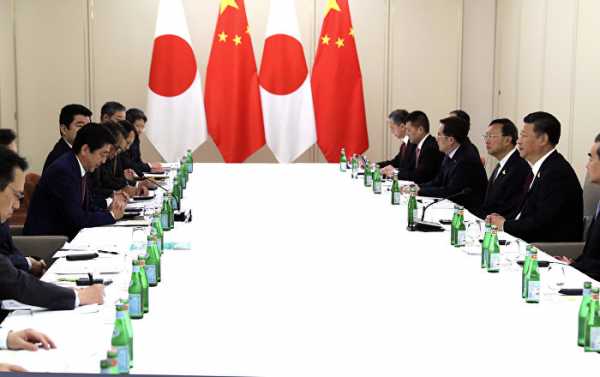 As a result of the long-awaited visit of the Japanese PM to China, the two countries have reached several milestone agreements in financial cooperation, opening the way for better economic stability for themselves and the region in general.

During a meeting between Premier of China’s State Council Li Keqiang and Japanese Prime Minister Shinzo Abe, the two countries announced a set of measures ensuring the strengthening of mutual trade and financial ties. China will allow Japanese investors to buy assets using offshore yuan for a sum of up to $31,4 billion dollars and a bank for clearing payments will be opened in Tokyo.

More important is that the two countries will resume talks on implementing a foreign currency swap agreement. Such a massive breakthrough is taking place during a time when the second and third largest economies in the world are facing an imminent threat of having a trade war break out with the US.

Expert at the Chinese Institute for Modern Foreign Relations Chen Fengying points out that it is hard to overestimate the value of the possible currency swap agreement in the face of a trend for diversification in the sphere of international finances and high volatility of currencies.

“Under the conditions of the existing risks in the sphere of international finances, the mutual use of each other’s’ currencies will generate a very high safety effect. Besides, this agreement will affect positively the financial stability of all Asia,” Chen Fengying said.

The scholar further notes that the possible agreement could strengthen trust between China and Japan and alleviate geopolitical tensions, which is crucial for direct investments.

The head of the Center for International Financial Studies at the Chinese Academy of Social Sciences Liu Dongming is confident that the currency swap agreement can yield many positive results not only for both countries, but the region in general. It will not only improve economic relations between China and Japan, but will also have a great effect on economic stability in Asia and will stimulate the reform of the International Monetary Fund (IMF), since the currencies of the two are included into the basket of the special drawing rights by the IMF.

Liu Dongming notes, however, that only the market can be the final indicator for the efficiency of the future agreement. Unless it shows demand for their currencies, it won’t be useful. He adds that China and Japan have much to do in order to secure this demand.

“It is important for China in respect to this trend to conduct a reform of the financial market and work on transparency of the sector. Japanese enterprises and its financial system will only show greater willingness to use yuan in trade and to invest in the Chinese market when the reform shows its effects,” the scholar said.

Koukichiro Mio, the leading economist of the economic studies department at the Nippon Life Insurance Institute, said in an interview with Sputnik that this time, the two countries have managed to go further than just warming China-Japan relations. The agreements reached will allow the two countries to resume mutual currency exchange.

A special working group will be discussing the lifting of the ban on products from Fukushima province in China, as well as other pressing issues that have previously been delayed due to tensions between China and Japan. He further noted that the two countries will create a special committee that will work on cooperation between Tokyo and Beijing in terms of the Chinese “Belt and Road” project.

Snake Catcher Struggles to Rescue Cobra After it Slithers Into House...

E. Jean Carroll joins at least 21 other women in publicly...