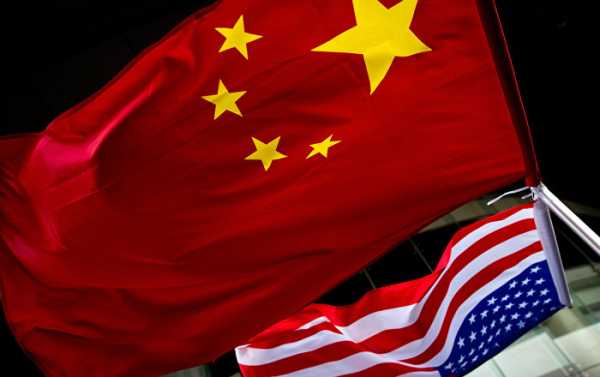 Chinese copyright officials say the Section 301 probe conducted by the US Trade Representative is not objective as it hasn’t taken into account the most recent evidence of China’s intellectual property protections.

Kristian Rouz – Chinese authorities claim the US investigation into intellectual property abuses was not objective as it did not take into account the progress China has reached on the path of copyright and patent protection.

This comes as the latest round of the US-China trade standoff, as Beijing is seeking to de-legitimize the looming US sanctions, which could affect between $50 billion and $150 billion worth of Chinese exports to the US.

The US Trade Representative’s investigation under Section 301 of the Trade Act of 1974 into China’s regulation and handling of foreign intellectual property – known as the Section 301 probe – started last August. The probe has revealed China’s coercive practices aimed at the acquisition of technology and know-how of US companies operating on the Chinese market.

The probe’s findings, announced earlier this year, became the foundation for the new tariffs specifically targeting China proposed by US President Donald Trump.

US accusations of intellectual property theft met with mixed reaction from China. On the one hand, Beijing threatened to impose tariffs against US trade in agricultural goods, on the other – the Chinese government pledged to ramp up its intellectual property protections to reassure foreign companies, who have manufacturing facilities and offices in the country.

Most recently, the Director of China’s State Intellectual Property Office Shen Changyu said US investigators didn’t have the opportunity to properly assess the state of China’s intellectual property protections. Shen said the results of the Section 301 probe are irrelevant as they aren’t based on the most recently available evidence.

Washington has criticized Beijing over its regulations mandating foreign companies to partner with Chinese enterprises to operate in the country. This, US investigators said, has resulted in the exposure of the latest American technology by Chinese companies, followed by attempts at reverse engineering and commercialization of the acquired knowledge.

Additionally, US investigators said, China’s investment, mainly, in the form of acquisitions, into US-based technology companies has pursued a similar goal. US officials say Chinese-based companies assumed control over US start-ups, gaining control over their innovative technology, which would then be subsequently transferred to China.

“Trump has China off-balance,” Orville Schell of the Asia Society said. “They are perplexed and worried. And they don’t want a trade war.”

Shen said such practices contradict China’s regulations, and both the Chinese companies and the government are firmly committed to protecting intellectual property.

Chinese officials have previously stressed their use of acquired technology had always been properly authorized by copyright and patent holders.

US officials, however, say, not all breakthrough technology is always copyrighted or patented prior to its use in prototypes and testing, adding raw blueprints could be transferred without constituting a formal violation of intellectual property protections.

“Technology transfer to us means we do the engineering here, and we usually do proof of concept and technical testing on the prototype and a small batch of stuff,” Dan Eberhart from oil field servicing company, Canary, LLC, said. “But eventually, we provide our engineering to our Chinese partners, and this is basically similar to providing blueprints on a construction site.”

Whilst the US business community has been generally supportive of President Trump’s crackdown on the transfer of technology, many US companies have turned their eye to other countries, offering similarly cheap labor and a loose regulatory environment. Such countries include Vietnam, Indonesia, and other nations in the Asia-Pacific region.

However, some CEOs have pointed out that it is hardly feasible to establish high-tech manufacturing facilities in most of these places over a short period of time, while there is no guarantee the new host countries won’t seek to force the acquisition of their intellectual property as well.

Is It the Guns? US Coffee Shop Refuses to Serve Police...

What tasks will lie ahead for the new Leicester manager?