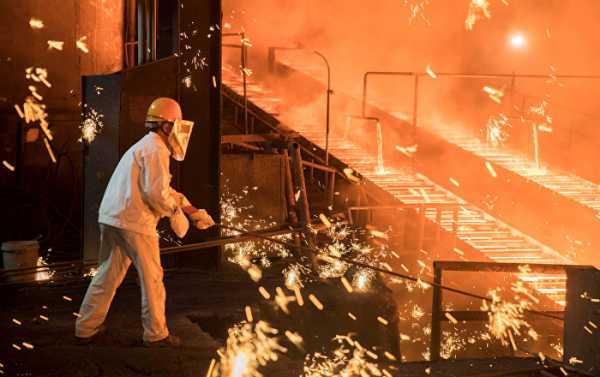 “The latest US import tariffs measures are foolish protectionist measures. China’s steel exports to the United States are limited. The latest tariffs will only make the US steel industry fall farther behind and become less competitive. To strengthen cooperation between China and the United States is the best choice,” the association said in a statement, as cited by the Chinese news outlet Securities Times.

Commenting on the US decision Beijing called on Washington to avoid excessive use of protectionist trade measures following the US announcement about the imposition of new imports tariffs on steel and aluminum.

“As for the US plans to hold further anti-dumping investigations or introduce new trade measures, we have repeatedly expressed our stance on this issue. We call on the US side to refrain from excessive use of protectionist measures in trade, respect the principle of multilateralism in trade, and contribute positively to the development of international trade,” Chinese Foreign Ministry’s spokeswoman Hua Chunying said at a regular press briefing.

Earlier this day, the Chinese Ministry of Commerce issued a statement expressing “grave concerns” over the recently released US trade strategy, in which Washington refuses to recognize China as a country with a market economy.

US President Donald Trump announced the decision on Thursday, adding that it would come into effect starting next week.

Trump has been seeking to adjust US-China trade relations, imposing the blame for the low US manufacturing job figures on Beijing.

John Terry to remain at Aston Villa until 2021 after signing...

Lyft has a new “all-access” subscription plan. But is it really...