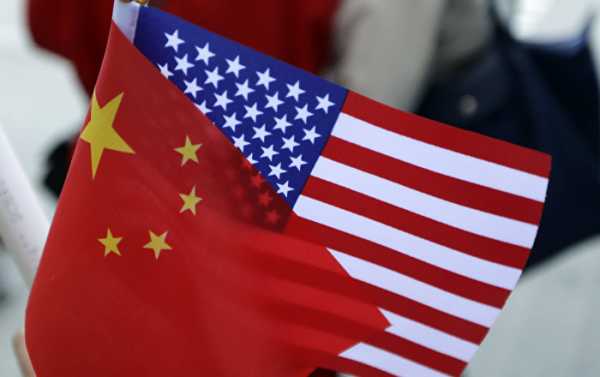 BEIJING (Sputnik) – China’s Commerce Ministry on Friday unveiled a list of 128 imported US goods, including American pork, fruits and wine, subject to higher duties, in a bid to offset the recent metal tariffs imposed by Washington.

The authority said it would study public feedback and accept suggestions from businesses and experts until the end of March, before making a decision.

Earlier in March, US President Donald Trump signed an order to impose a 25-percent import tax on steel and 10-percent duties on aluminium, effective this Friday. It was followed by a memorandum on Thursday to impose $60 billion in extra tariffs on China over allegations of intellectual theft.

Recently, Chinese embassy said that China was disappointed by the US decision to slap billions worth of tariffs on its imports, urging Washington to reconsider the move.

“It is a typical unilateral trade protectionist action. China is strongly disappointed and firmly opposes such an action,” the statement read. “We urge the U.S. to cease and desist, make cautious decisions, and avoid placing China-U.S. trade relations in danger.”

The Chinese mission said Beijing had made “sincere” proposals on how to address the existing US-China trade imbalance, estimated by Trump last year at almost $800 billion, but warned it was ready for a trade war.

“China does not want a trade war with anyone. But China is not afraid of and will not recoil from a trade war. China is confident and capable of facing any challenge. If a trade war were initiated by the U.S., China would fight to the end to defend its own legitimate interests with all necessary measures,” it said.

China argued that the US trade policy was self-defeating and would harm the interests of US consumers, companies, and financial markets, as well as jeopardize international trade order and world economic stability.

Hull’s Ryan Mason retires from football at 26 after horror head...

Vodafone Idea Says it Will Have to Shut If Government Does...

The economy is growing. Democrats want to know who’s benefiting.