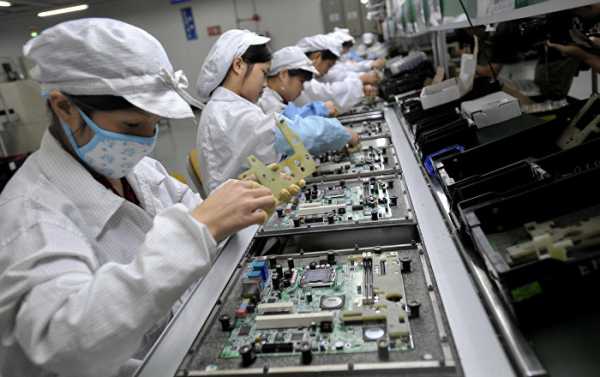 “I have to say that what was announced by our spokesperson of the Ministry of Commerce was a response to the US 232 investigation, not the 301 which is not announced yet. But if they do, we will certainly take countermeasures of the same proportion and the same scale, same intensity,” Cui told China Global Television Network (CGTN).

The statement mentioned by the envoy was made on Sunday by the Chinese Commerce Ministry, which proclaimed that Beijing would introduce tariffs on 128 US products starting on April 2 in order to protect its interests and compensate for damages from US duties on imports of aluminum and steel.

The Chinese move came in response to the US order to impose a 25-percent tariff for steel imports and 10-percent for aluminum imports. The measures have taken effect on March 23. The new tariffs would be in place for an indefinite period of time. The new US tariffs were adopted in accordance with Section 232 of the US Trade Expansion Act of 1962, which gives the executive branch the power to initiate Commerce Department probes to determine if certain imports threaten national security.

On March 22, US President Donald Trump signed a memorandum to impose new tariffs on imports from China. He noted that the trade action against China could be worth about $60 billion. This measure was adopted following the investigation into China’s trade policies, including the alleged $600 million theft of US intellectual property rights annually, which was carried out under Section 301 of the 1974 US Trade Act, which allows Washington to take unilateral action against foreign governments that violate international trade agreements or damage US trade interests.

Along with the new tariff policy, the United States will sue China at the World Trade Organization (WTO) over trade law breaches, including its licensing practices, as part of the trade announcement.

The Chinese authorities have repeatedly stated that they do not want to be in a state of trade war with the United States, noting, however, that Beijing is not afraid of it and is capable of protecting their interests.