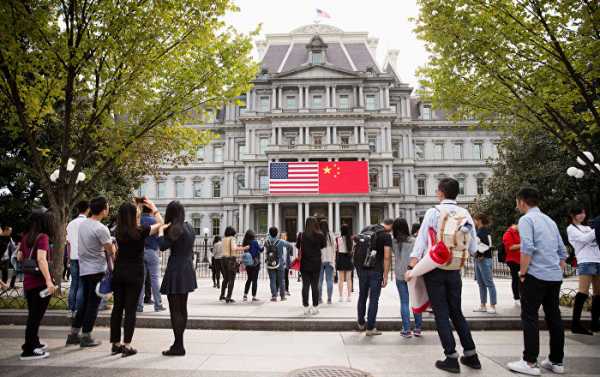 BEIJING (Sputnik) – A new proposal to slap tariffs on certain Chinese products is yet another Washington’s “step in a wrong direction,” Chinese Ambassador to the United States Cui Tiankai said Wednesday.

“Today’s announcement is another step in the wrong direction. We will certainly respond accordingly. We will resort to the WTO [World Trade Organization] dispute settlement mechanism and we will in accordance with Chinese laws take measures to fight back. Maybe with the same intensity, the same scale,” Cui said in an interview with CNBC.

The diplomat added that in the modern world, all the economies were interconnected and if any harmful actions were taken then such steps would definitely have a negative impact on other economies.

On Tuesday, the Office of the US Trade Representative said in a press release that the United States was set to impose additional tariffs on around 1,300 Chinese products, including those produced by China’s aerospace and information technology industries.

A number of other Chinese officials have already criticized the decision of the United States. Chinese Foreign Ministry’s spokesman Lu Kang said that Beijing would resort to the WTO dispute settlement mechanism, while Zhang Xiangchen, the permanent envoy of China to WTO, called on other states to cooperate with Beijing in resisting the protectionist policy of Washington.

Tuesday’s list is not the first step in the ongoing trade tensions between Washington and Beijing during the tenure of US President Donald Trump. On March 22, Trump signed a memorandum to introduce new tariffs on imports from China, a trade action that the president said could be worth around $60 billion. The White House said the tariffs are designed to offset the advantages that Beijing has received through their unfair trade practices. In turn, the Chinese Commerce Ministry imposed new import tariffs on 128 US products.

Maradonna’s antics in the stands are priceless and worrying in equal...

How High Can High-Waisted Pants Go? |