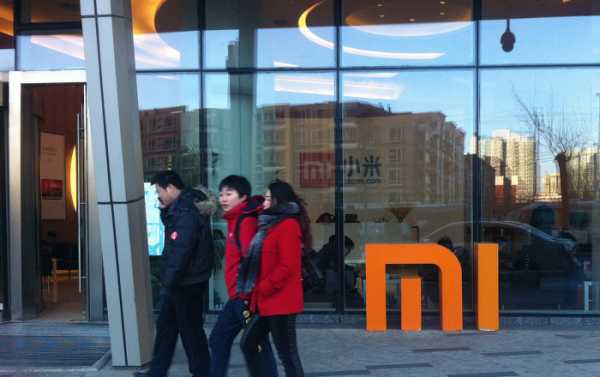 The yellow ofo-brand bicycles appeared to be a perfect match for the city’s fashionable atmosphere. Through ofo’s cooperation with high-profile fashion bloggers, their strategy paid off.

Lü Yiheng with the global branding department at ofo told the Global Times that they conducted background checks on the fashion bloggers beforehand to make sure that they had not previously said anything inappropriate about China.

Ofo is not the only company to do so. Despite a wave of Chinese brands that have been taking over screens and posters at New York’s Times Square, many companies like ofo resort to utilizing new tools in their attempt at overseas brand marketing.

Cao Qing, managing director of China Outbound Practice at Ogilvy, told the Global Times that in the past the role of Chinese companies was simple, as they were merely processors for foreign brands.

“Now with the upgrade of China’s manufacturing capabilities and the worldwide rise of the middle-class, Chinese companies are better positioned to tell their brand stories,” Cao said. “But the challenge is how to do that.”

Forbes reported in 2015 that millennials are a “social generation” who indulge in social media to share brand preferences with their groups. The report estimated that US millennials alone had a consumption power of $10 trillion.

“Social media is a powerful tool to promote brands overseas. But many Chinese companies don’t make full use of it, so they are blind to the power and value of social media,” Lü said.

According to Lü, most of ofo’s foreign customers are aged between 18 and 35. Lü introduced that to better cater to these particular people’s needs, ofo analyzed that, in different countries and regions, users tend to have different preferences when using social media.

In the US and Japan, for instance, young adults are more inclined to read short news briefs on Twitter. So the team often feeds those users with updated company news on Twitter, such as the honors it has won in China.

On Instagram, the geographic boundaries are blurred and the language requirements not very high. Those users simply like to see beautiful photos of other people’s exquisite lifestyles.

“You also need to think thoroughly about what kind of hashtags should be used on different social media platforms. You can’t just simply translate from Chinese; you must come upon hashtags that fit the local culture,” he said.

Different from China’s social media, Lü said that foreign social media platforms, such as Facebook, can provide more accurate data for companies to advertise to targeted customers. He added that many Chinese companies lack experience in noticing these differences and fail to properly brand their products on those sites.

A 2016 report by Blue Focus revealed that only 15 percent of American consumers are exposed to Chinese brands through social media, with most Chinese brand exposure overseas “low-key.” Internet Research Institute revealed the same year that only 91 out of the top 500 enterprises of China had a Facebook account.

In January 2017, the Xinhua News Agency released the Xinhua Silk Road Report, highlighting the importance of social media in company image promotion overseas and urging Chinese businesses to make better use of Twitter and Facebook as well as key opinion leaders on those foreign platforms.

Given the demand on Chinese companies attempting to go global, a marketing shift is occurring. A search on baidu.com for “brand promotion” and “foreign social media” yields numerous seminars charging Chinese business owners thousands of yuan with promises to teach them how to better run their overseas accounts. Some agencies also charge additional fees to manage social media accounts on a company’s behalf.

However, Lü said that as some foreign social media is blocked in the Chinese mainland, it has brought about some difficulties for Chinese business owners. He called on the government to open a “green channel” for established companies like ofo to be able to explore foreign markets with free access to foreign websites.

Cao said that, during the first phase of Chinese companies going global, many were State-owned enterprises undertaking infrastructure construction works. But in recent years, more mobile and internet companies as well as gaming firms joined the wave.

Cao has been helping Chinese brands go global for more than seven years. He noted that a big obstacle preventing some companies from winning overseas consumers is the cultural barrier.

“We’re living in an environment that isn’t sensitive to cultural differences. Therefore many Chinese brands don’t have a clear perception that what they do can be offensive in other cultures,” he said.

For example, in 2016, Chinese laundry detergent company Qiaobi made an advertisement in which a black man was “whitened” into a fair-skinned Asian. The ad was originally broadcast only in China, but it immediately went viral, attracting over 9 million views on YouTube and drawing harsh criticism in Western media for its perceived “racism.”

To better cater to customers in different cultures and avoid similar cultural trappings, ofo hired locals to promote their products on various social media accounts. While localization is a useful tactic, Lü noted that it also brings new challenges.

“How to let your local employees accept that it’s a company from China and agree with your values is a major task,” he said, adding that some local senior managers argue that it is better to make ofo look like a “pure local company,” which Lü doesn’t approve of.

According to Lü, China’s growing influence on the world stage has been beneficial for other Chinese companies overseas. “Many parties would like to cooperate with us now, as they are also interested in the Chinese market,” he said.

But he admitted that it is still a question of how to maintain a balance between localization and preservation of one’s Chinese roots.

“Many people don’t think highly of made-in-China products. So we make great efforts to participate in international exhibitions to let foreigners know the changes in our products,” he said.

Cao said it is not necessary to conceal the “China identity,” as the key to winning customers is the quality of the products.

He added that as more Chinese high-tech companies go global, people’s past perceptions of Chinese products as “low-end and copycat” are changing. In many countries (such as India and African nations), made-in-China is highly regarded.

But when politics are involved, things get trickier. Mao Keji, a researcher with think tank Pangoal, once wrote that for Chinese companies entering into the Indian market, they need to take India’s political environment into consideration.

“India always likes to use economic friction as a way to deal with China,” Mao wrote.

Last year, during the Doklam standoff from June 18 and August 28, extremists in India were calling for a boycott of Chinese products. During that period, on the Indian Facebook page of India’s best-selling cell phone, Chinese brand Xiaomi, there were fewer posts than usual.

Steven Dong, a professor at the Communications University of China, told the Global Times that it was “understandable” and “the right decision” for Xiaomi to remain low-key on Indian social media at that time.

“During the two countries’ politically sensitive time, companies shouldn’t say too much on social media,” he said.

Dong noted that as the 5G era approaches, Chinese companies should learn how to make clever, catchy videos and micro-videos for foreign netizens. But at the current stage, most only post boring company news or bland photos.

He added that online promotion should be integrated with offline activities. “We shouldn’t let foreign consumers think we only live in a virtual world. We also need to engage locals in open-day tours, community activities and other forms of interaction,” he said, adding that Chinese companies should also use NGOs to gain favor from locals.

Cao said that it is important for Chinese companies “to develop a deeper understanding for ‘a community with a shared future for mankind’ proposed by President Xi Jinping.”

“This is well-suited to Chinese brand promotion overseas. We need to find common values with foreign customers so that they can better accept our products,” said Cao.