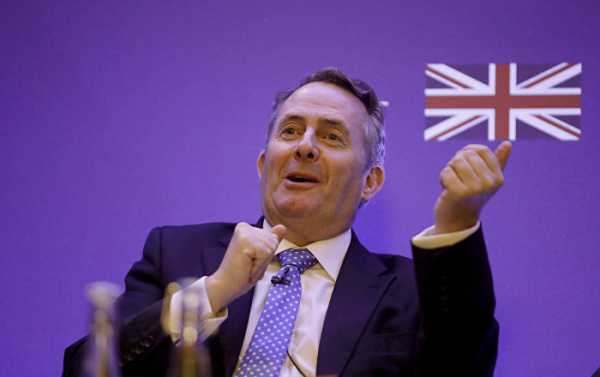 British International Trade Secretary Liam Fox pledged last year that the UK government will clinch dozens of free trade deals with other non-EU countries immediately after Britain withdraws from the European Union in 2019.

In an exclusive interview with Business Insider, James Ashton-Bell, chief trade spokesperson for the Confederation of British Industry cited London lacking the experience or the bandwidth in order “to conduct 20 or more trade renegotiations in parallel, to be completed before the potential cliff edge of January 2021, [the planned end of the UK’s transition period from EU membership].”

“The potential of a cliff edge for these agreements is very real, and potentially hugely damaging at both the firm level and for entire sectors of the UK economy. It could wipe some out overnight. Some export-reliant companies could literally go bankrupt,” Ashton-Bell stressed.

In October 2017, UK Secretary of State for International Trade Liam Fox promised that Britain will be able to copy and paste all the external trade deals of the EU “one second after midnight” on Brexit day in March 2019.

Fox assured that the British government is “going to replicate the 40 EU free trade agreements that exist before we leave the European Union so we’ve got no disruption of trade.”

“All these faint hearts saying we cannot do it — it’s absolute rubbish,” he added at the time.

In March 2018, European Council President Donald Tusk said that a free trade agreement is the only possible model of economic partnership between the European Union and the United Kingdom after Brexit as London confirmed that it would leave the single market.

Tusk called for a trade deal to cover all sectors and have zero tariffs on goods. He referred to his previous meeting with UK Prime Minister Theresa May, during which she confirmed that Britain would withdraw from the single market, the customs union and the jurisdiction of the European Court of Justice.

The UK is currently part of the EU single market but if London leaves it following Brexit, Britain will have to renegotiate new trade deals with its partners.

London began negotiations with the European Union on its withdrawal from the bloc in June 2017. The two sides are scheduled to agree on a deal by April 2019, when the United Kingdom is due to pull out of the European Union.

‘Crucial Opportunities Missed’ as Under 300 Arrivals to UK Quarantined Before...

The Hidden Women of Architecture and Design |