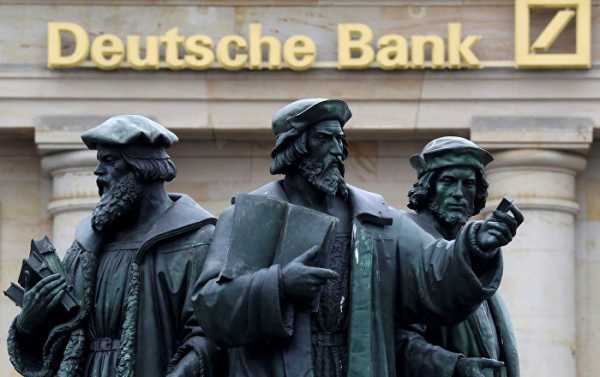 The bank’s first financial report following the replacement of its CEO and several other top executives, as well as the change in its expansion strategy, suggests that it may reduce its costlier and risker branches, focusing on wealthy European clients.

Deutsche Bank has released its financial report for the first quarter of 2018, according to which the bank has lost upwards of 80% of its net profit over the last year (120 million euros, versus 575 million in 2017). Its revenues declined by 5% to 7 billion euros in the last quarter.

This is the bank’s first financial report after its former CEO John Crya was replaced by Christian Sewing on April 8. According to the new CEO, the report shows the “need for immediate action.” He promised that for now, the bank will focus on increasing revenues and reducing costs.

The report notes that Deutsche Bank is planning on withdrawing from risky and costly trading and lending activities, opting instead to focus on working with wealthy private European clients and companies.

As a result of the change, certain branches are expected to be shrunk and certain top executive changes have already been made. Namely, investment banking co-head Marcus Schenck and operations and technology chief Kim Hammonds are expected to leave the company in the near future, the bank earlier announced.

Legal defense fund for Trump aides under scrutiny in Congress