Home Business Dow Plummets Over 500 Points Despite US Central Bank’s Promise of Economic... 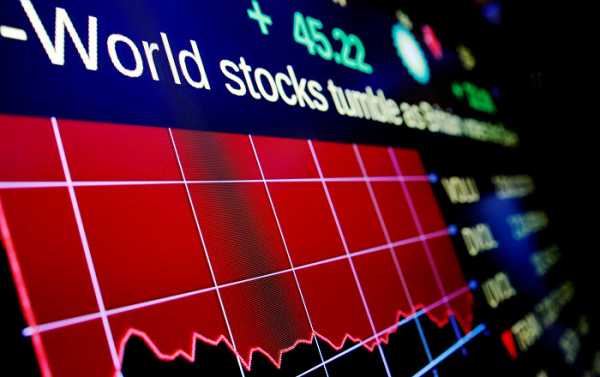 US stocks fell sharply Monday, with the Dow Jones Industrial Average Index plunging more than 500 points as COVID-19 fears run rampant and lawmakers continue to negotiate the fine print of a fiscal stimulus bill in the US Senate.

David Kostin, the chief US equity strategist at Goldman Sachs, has indicated that the speed of recovery for US markets depends largely on how soon the COVID-19 virus can be contained, the ability of an economic stimulus to help stabilize growth forecasts and whether US businesses will have “access to enough capital and liquidity to last the 90 to 180 days.”

“If short-term shutdowns lead to business defaults, closures, and permanent layoffs, the damage to corporate earnings growth could persist well after the virus is contained,” Kostin added in a note seen by CNBC.

Data provided by Johns Hopkins University notes that the number of confirmed, global cases of COVID-19 has surpassed 367,000, and that the death toll is more than 16,000. In the US, reported cases have topped 41,000, with over 470 recorded deaths. Areas with the highest reported deaths in the US were New York City with 98 and Washington State with 75.

Despite the weekend decision by Senate Democrats to block the $1.3 trillion rescue package from moving ahead, Senate Minority Leader Chuck Schumer (D-NY) told lawmakers Monday that officials are “very close to reaching a deal.”

The US’ central bank, the Federal Reserve, announced Monday that it would be initiating a series of programs in a bid to help markets function more efficiently as the Land of the Free attempts to improve its handling of the coronavirus outbreak.

New steps by the Fed include continued commitments to its asset buying program “in the amounts needed to support smooth market functioning and effective transmission of monetary policy to broader financial conditions and the economy.”

Additionally, the central bank will be launching an unspecified lending program for Main Street businesses and the Term Asset-Backed Securities Loan Facility, which was first implemented in the 2008 financial crisis. It will also be marking a first by opting to buy corporate bonds.

However, despite the bank’s attempts to calm US markets, investment banking companies Morgan Stanely and Goldman Sachs have predicted that the second quarter could see between 24% and 30% contraction. Goldman Sachs has also forecast that unemployment could peak at 9% amid the COVID-19 outbreak.

Who would you pick in a combined England/Wales team?