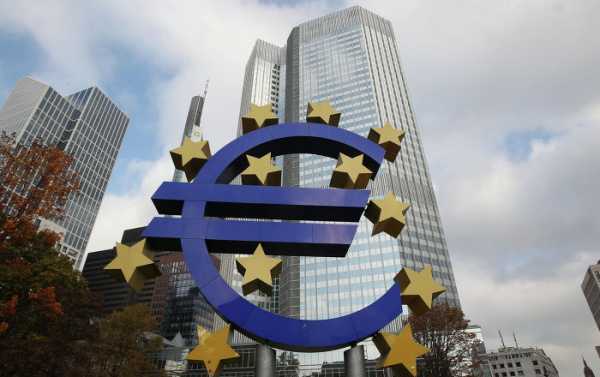 European Central Bank (ECB) policymakers are scrutinizing the US experience of monetary tightening over the past two-and-a-half years, as the ECB seeks to minimize the risks of policy change to the Eurozone economy.

Kristian Rouz — European Central Bank (ECB) President Mario Draghi is set to examine the US Federal Reserve’s experience of raising interest rates and cutting bond purchases in order to chart a course for its own policy tightening.

This comes amid concerns the ECB might protract its ultra-loose policies into the next year, risking overheating the robust Eurozone economy.

The ECB is planning to end its bond-buying program — known as quantitative easing, or QE — this coming September, meaning ECB President Draghi has less than six month to figure out the way of of the unconventional monetary stimulus.

The ECB is currently buying 30 bln euros worth of private-sector bonds and is combining the policies of zero and negative interest rates (ZIRP and NIRP, respectively) in order to inject cash into the Eurozone economy to support its recovery and expansion.

The US Fed ended its bond purchases back in 2014 and started to gradually raise its rates the following year, ending its own QE without major shocks to the financial markets or the real economy.

“It’s no secret,” Ewald Nowotny, member of the ECB Governing Council said. “We’re monitoring closely what the Fed did, and is doing.”

A pivot to policy tightening is always a hard decision for a central bank, as a removal of monetary accommodation can potentially send shockwaves across the economy it oversees. The case for ECB tightening is a more complex and risky than that of the US Fed for several reasons.

First, the Eurozone lacks a common fiscal policy — unlike the US — meaning costs of a monetary policy mistake would be higher, whereas the US Treasury could always make up for any potential mishap in the Fed’s decision-making.

Second, the Eurozone’s North-South divide is much greater than any regional differences within the US. Meaning countries such as Italy or Spain have long relied on a higher domestic inflation to drive their GDP expansion, whilst countries like Germany or Denmark have traditionally been more fiscally conservative. The US boasts a far greater coherency in its budget policies.

“The Fed could have reversed at any time, they could stop and correct,” Gilles Moec of Bank of America Merrill Lynch said. Moec also worked at the French central bank in the past. “The ECB has no possibility to get it wrong”

In this light, ECB President Draghi is looking at the Fed’s experience of policy tightening over the past two-and-a-half years, seeking clues for which steps to implement and which should be avoided.

The ECB has already mirrored several steps previously undertaken by the Fed. For example, the Fed had abstained from raising rates until its bond purchase program ended. The ECB has said it won’t raise rates until “well past” the end of its QE.

“The Fed didn’t prepare markets enough to the end of QE, and they assumed that rate hikes were soon to follow,” Nick Kounis of Amsterdam-based ABN Amro said. “The ECB worked hard to disentangle the two.”

The ECB has also learnt to signal monetary policy changes well ahead of any planned moves in order to avoid bond sell-offs and skyrocketing yields.

Additionally, ECB policymakers are closely monitoring their communications with the open market, avoiding making decisive or sudden policy statements — this after back in 2013, the Fed rocked the markets globally due to then-Chair Ben Bernanke’s remark that QE could end.

“The Fed got its communication wrong in 2013,” Marco Valli of Milan-based UniCredit said. “As a response, the ECB emphasized its rhetoric of calm and prudence.”

However, excessive cautiousness and a search for a ready recipe or blueprint could backfire on the ECB. Some European policymakers have warned the regulator against taking too long to start policy normalization, fearing that the skyrocketing stock and property valuations could pose the risks of asset bubbles, financial collapse, and a recession — unless the ECB takes action.

“I would say the likelihood of us erring on the side of being too cautious is a bit larger than for us being too bold,” Klaas Knot of the Dutch central bank said.

The ECB is expected to announce the end of QE in September and implement the policy sometime in the fourth quarter, whilst its base interest rates could go up next April or May.

How Paul Dano Came to Adapt a Richard Ford Novel for...