Home Business Economy Minister: Germany to Help Firms Trading With Iran ‘Where It Can’ 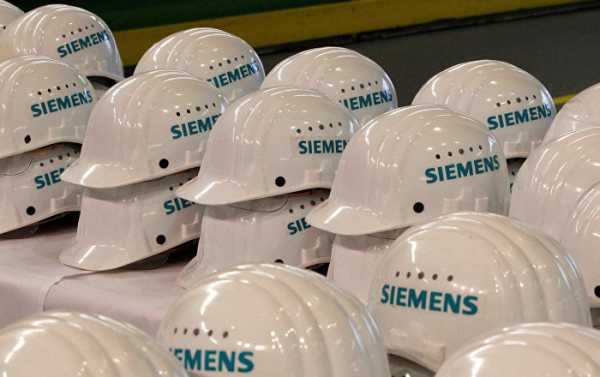 While uncertainty in the wake of the secretary of state’s address about the future of European companies in Iran grows, Germany’s top economic official has promised to do his best in negotiating but warned that the consequences of Washington’s one-sided withdrawal are inevitable.

Germany’s Economy Minister Peter Altmaier has promised German enterprises, which may be affected by US sanctions against Iran, support within the country’s abilities.

“We will help German companies to assess the situation and further perspectives,” the official, representing Angela Merkel’s Christian Democratic Union (CDU), said in the interview with the German outlet Passauer Neue Presse.

According to the minister, the German government will do its best to negotiate exceptions and time extensions with the US authorities.

“We will help wherever we can, but there is no way to prevent the consequences of this one-sided exit to one hundred percent,” the minister told the media.

Earlier, German Foreign Minister Heiko Maas said that it wouldn’t be easy to shield German firms that continue working with Iran from all the risks of American sanctions.

Amid the growing tensions around the US withdrawal from the Iran deal, insurer Allianz and engineering and tech giant Siemens announced that they were going to scale back their activities in Iran. Although France, Germany and the United Kingdom have reiterated their commitment to the JCPOA, their firms are still facing serious challenges, as they are likely to become subject to Washington’s sanctions once they come into force. Soon after US President Donald Trump announced his decision to withdraw the United States from the Joint Comprehensive Plan of Action (JCPOA) and promised to reinstate sanctions against Iran, National Security Advisor John Bolton said that the US does not exclude sanctions against EU companies cooperating with Tehran.

At the same time, in his speech “After the Deal: A New Iran Strategy” at the Heritage Foundation in Washington, State Secretary Mike Pompeo warned that any entity conducting business with Tehran would be “held to account” by the US, voicing hope that the new anti-Iranian sanctions would be met with support from US allies beyond Europe. Pompeo believes that US allies will accept the new policy towards Iran as “the right one.”

Meanwhile, the European Commission (EC) “launched the formal process to activate the Blocking Statute from 1996 by updating the list of US sanctions on Iran falling within its scope” on May 18. The Blocking Statute prohibits EU firms from adhering to the extraterritorial effects of US sanctions, allows companies to recover damages caused by such sanctions and neutralizes the effect in the European Union of any foreign court decisions related to compliance with restrictive measures, according to the EC.

Peter Altmaier also said that Germany would try along with other EU members to reach reasonable solutions with “American friends” on tariffs, which have remained a flare-up in trans-Atlantic relations since the beginning of March. Then Donald Trump introduced higher steel and aluminum tariffs as a protective measure for US producers. Although the EU strives for permanent exemptions, the allies have still failed to reach an agreement, so the European countries have to settle for temporary exclusions up to the beginning of June.

Speaking about the possible consequences, Altmaier got poetic and deployed powerful imagery to illustrate the grave scenario of a trade war.

“If one fights fire with fire, only earth remains. We should beware of higher tariffs and trade barriers, which would weaken the growth forces worldwide,” he said.

However, in regard to Russian policy, he was more sympathetic towards sanctions as an instrument in international relations.

“It would be wrong to repeal the EU sanctions imposed on Russia now because the reasons that led to them have not changed yet,” he said.

At the same time, he told the media that he wanted to “talk to the new Russian government about the possible directions to possible development of economic exchange beyond sanctions and punitive tariffs, which can lead to a new economic dynamic,” he said, stressing that this didn’t eliminate their political differences.

The case for optimism