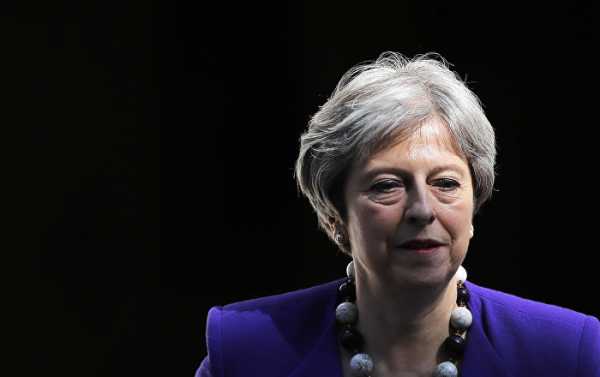 The EU’s Michel Barnier has called out the custom regulation on the Irish border as an area possibly fraught with a “risk of failure” for Brexit, while the UK Prime Minister tries to get her government and the Parliament on board with a united post-Brexit trade plan.

Less than a year ahead of the UK leaving the European Union, or Brexit day in March 2019, the EU’s top negotiator Michel Barnier has revealed that there has been “little, or very little” progress in talks about the conditions for the UK to leave.  Speaking to BBC Radio, the European official said they are working on the technical issues and warned about the stumbling blocks in the negotiations.

“None of these issues are negligible. The two key points which remain, where there is risk of failure, are the governance of the agreement and the Ireland-Northern Ireland issue,” Barnier told the media outlet.

He emphasized that “the clock is ticking” as the UK and the EU should agree on the Brexit conditions before November as both the British and the European Parliaments as well as all the EU Council need to ratify the deal.

The “key rendezvous” for London and Brussels to resolve the disagreement on the Irish border and “operational solutions” is coming closer as the EU countries are to take part in a June summit.

Meanwhile, the British government is struggling to work out a customized plan, which will help to minimize the losses of border control between the UK and Ireland. Barnier’s statement has come before a government Brexit meeting, called by the British Prime Minister on May 15. Earlier this month, Theresa May’s government presented two proposals on post-Brexit trade.

One of the proposals is a so-called “custom partnership,” which lets the UK remain a part of the EU’s customs union. It has faced strong opposition within the government and the Parliament. UK Foreign Secretary Boris Johnson has named this “partnership” a “crazy system” and warned of a “whole new web of bureaucracy,” collecting the tariffs on behalf of the EU at the UK frontier.”

The other plan, known max-fac (which is short for maximum facilitation) suggests highly streamlined procedures with as little checks as possible. As the first ministerial meeting at the beginning of May ended without an agreement on the preferable plan of action, Theresa May divided the government into two groups to evaluate both proposals and outline the decision. However, May also needs to get both Houses of the UK Parliament aboard, as they are to ratify the Brexit bill agreed upon with the European Union.

Britain is expected to pull out of the bloc by the end of March 2019, but London has been seeking a two-year transition period to smooth out the withdrawal, as well as guarantees of a future relationship with the EU. The decision to leave the EU was made after a nationwide referendum in the UK on June 23, 2016, more than half of the participants voted in favor of the country leaving the EU.