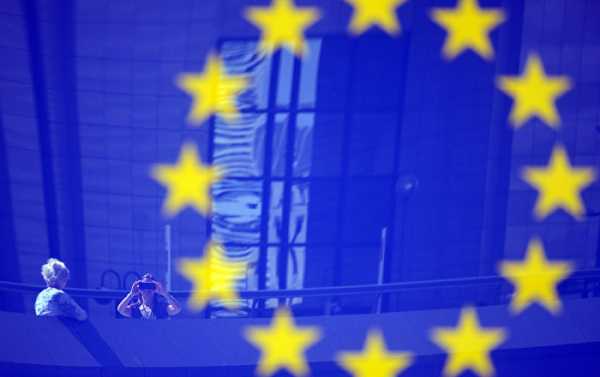 European Union trade and economic officials are urging a calm approach to handle international trade feuds, as Brussels is concerned with the possible spillover of global trade friction to the EU’s internal stability.

Kristian Rouz — Top European Union officials are urging trade talks instead of restrictions as a meaningful path to fixing the imbalance in the international exchange of goods and services. EU officials say protectionist measures and economic nationalism in other parts of the world are posing significant challenges to the bloc’s economic growth.

EU Economic Affairs Commissioner Pierre Moscovici expressed hope “common sense” would prevail in the mounting disagreements between the world’s largest economies. This comes as the EU finds itself exposed to international trade headwinds, specifically in the light of the German powerhouse economy being reliant on its exports of high-tech and manufactured goods.

“The rhetoric and the announcements of recent months must be a concern for all of us for who believe in the benefits of free trade, which of course must be subject to the proper rules and safeguards,” Commissioner Moscovici said.

This comes as the EU finds itself mired in complicated Brexit talks, which might still eventually end without a bilateral trade deal, threatening disruptions in trade ties across the English Channel.

Additionally, with US President Donald Trump slapping up to $100 billion worth of Chinese exports with trade restriction, and the already-imposed US industrial metals tariffs, the EU is starting to feel the squeeze in both manufacturing and investment.

“The biggest risk we see is the rise of protectionism,” Moscovici said.

This comes mainly in the context of the accusations the post-Brexit Britain is seeking to protect its domestic market against what some of the most avid Brexiteers see as “unfair” EU trade practices.

However, the EU is also concerned with the US metals tariffs as the Trump administration has only offered bilateral exemptions to some of the US’ key trade partners — for instance, Germany.

This adds pressure on the EU’s unity, which has become increasingly fragile in the face of recent electoral victories of nationalist political parties across the bloc — including in Italy and Austria.

“We have not offered the US anything, we are not going to offer them anything to receive exemptions from tariffs that we consider are not in compliance with the WTO,” EU Trade Commissioner Cecilia Malmstrom said.

Brussels is also increasingly skeptical of economic nationalism as — despite the EU’s relative economic self-sustainability — some EU member-states might seek to alter the intra-EU trade rules and practices. This comes amidst the two major internal divides within the EU — the North-South divide, and the East-West divide.

The differences between Europe’s North and South are long-standing and became painfully prominent after the global economic crisis of 2008-2009. Nations of the European North — such as Germany — are advocating for tighter monetary policies, lower inflation, and fiscal conservatism. The European South has long been reliant on the inflation and debt-driven growth model, thus seeking lower interest rates, larger central bank bond buybacks, and unrestricted borrowing.

However, these differences have proven insufficient to dismantle the EU’s unity, and currently, the East-West divide is coming to greater prominence, which — in the wake of global trade tensions — might prove catastrophic to the single European market.

Since the mid-2000s, the patterns of intra-European trade have been defined by the massive German exports of manufactured goods and technology to Eastern Europe, accompanied by a solid influx of German investment capital into these countries. This has rendered many local industrial facilities unprofitable and triggered factory closures, effectively decimating domestic manufacturing.

Increased investment from the European West into the East has also exposed Eastern Europe to international financial risks.

Now, as nationalist parties are gaining prominence across Eastern Europe, and internal political tensions mount — particularly, the friction between Brussels and Eastern European capitals over the issue of mass-migration — the pressure of global trade disruptions could fuel protectionist sentiments across the European East.

This is the main reason the EU’s Malmstrom has stressed the bloc’s “commitment to open, fair rules-based trade at a time when others are questioning it.”

Despite the US-China trade dispute may having a direct spillover for the EU, officials in Brussels realize that their main challenge is the internal structural fragility of the bloc, highlighted by US President Trump’s commitment to negotiate with national governments rather than with supranational entities such as EU.