Home Business EU Ready to Protect Its WTO Rights After Introduction of New US... 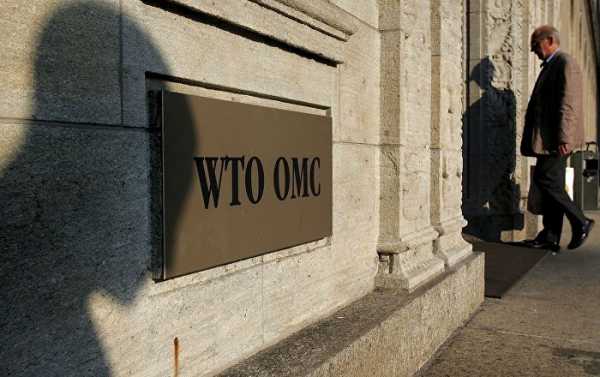 The European Union’s commissioner has commented on the introduction by the US of 25 percent tariffs on EU exports of steel and 10 percent on aluminum, announced by the country’s President Donald Trump last week.

The European Union is engaged in intensive discussions with the United States regarding the possible introduction of higher tariffs on steel and aluminum by Washington, EU Trade Commissioner Cecilia Malmstrom said.

“We are, in the Commission and the member states, of course, intensively talking to our American partners, we have done so for a very long time … We should be clear that no decision has been taken so far, and we have raised on numerous occasions, as I have said, with the relevant ministers and others our doubts on it. We still hope, as the US security partner, that the EU will be excluded,” Malmstrom told a press conference.

The commissioner explained that since Washington had not made any decision yet, the European Commission had not taken any measures.

“But we have made clear that if the move like this is taken, it will hurt the European Union, it will put thousands of European jobs in jeopardy, and it has to be met by a firm and proportionate response,” Malmstrom said.

She noted that the EU commissioners had discussed the three tracks for a response in case if the United States followed through with the announcement, stressing that these measures would comply with the rules set by the World Trade Organization (WTO), unlike the possible US move. In particular, the European Union will defend its rights in the WTO together with its partners across the world, while preparing the European market for possible US tariffs and taking measures to offset losses that may be caused by them, according to Malmstrom.

“We are discussing different US products for which the import tariffs could be imposed,” the commissioner said.

The official’s statement comes amid the warning made by International Monetary Fund (IMF) Managing Director Christine Lagarde earlier this day, saying that Trump’s the move could lead to a trade war that would have grave macroeconomic consequences.

“If international trade is challenged by measures of this kind it would lead to the decrease of growth, decrease of trade flows, that would be daunting… In a ‘trade war’ nourished by mutual augmentation of import tariffs, nobody wins. We generally see both sides losing,” Lagarde told RTL broadcaster.

The IMF chief said that, in her view, the protectionist measures announced by Trump were not fully thought through in terms of the counter effect they might have, adding that it seemed that the White House had not given consideration to the risks of retaliatory measures by other states.

She added that the countries most impacted by the implementation of such measures would equally suffer from the counter-measures they might take.

“Macroeconomic impact would be serious not only if the United States acts, but also if there are retention measures, taken by a group of countries who would be affected by these measures – Canada, Europe, Germany of course,” Lagarde explained.

Earlier this week, Trump indicated that the talks between Washington and Brussels on the issue would be possible if the bloc suspended certain duties on US products.

Last week Trump said that 25-percent and 10-percent tariffs would be imposed on imported steel and aluminum, respectively, beginning this week for an indefinite period of time.

Trump’s decision sparked a major concern among the world’s aluminum and steel exporters, prompting a quick verbal response from China, Germany as well as the European Commission. The latter said that it would prepare retaliatory measures on the US’ proposed duties on steel and aluminum imports.

Cristiano Ronaldo has had 15 seasons like Mohamed Salah, says Jurgen...

13 People Shot at a House Party in Chicago, Police Say