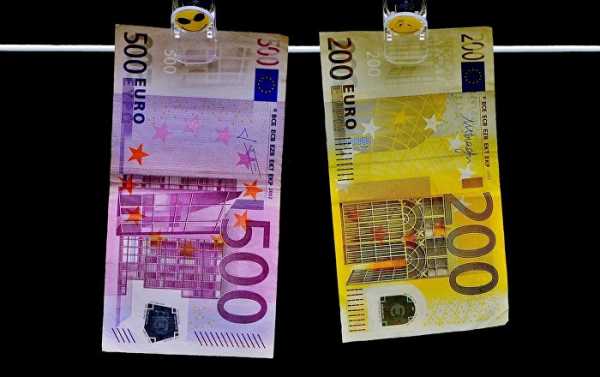 Kristian Rouz – The European Union (EU) is considering imposing a 3-percent corporate incomes tax on tech giants operating in its internal market, but based outside of the bloc. Such companies include Google’s parent company Alphabet and Twitter, amongst others.

The new tax would affect the tech companies’ gross revenues from their operation in countries under the jurisdiction of the European Commission (EC). The proposal also says the tech giants’ revenues would be taxed based on where their users are located.

This comes after  European officials found major international social media and Internet companies enjoyed a windfall in revenues whilst paying dismally low taxes to the budgets of their countries of operation.

“International progress does not give cause for much optimism on either the pace or scope of digital tax reforms we can expect. There has been very little appetite among key global players to find concrete solutions,” Pierre Moscovici, EU commissioner for tax policies, said.

While the EU doesn’t have a common fiscal policy, and its coordination is currently very limited, the new tax might be a first solid step to harmonizing and, ultimately, converging tax policies across the bloc.

The vast majority of international tech companies operating in the EU are domiciled in the US, and White House officials have expressed their negative view of the Commission’s proposal. Some say the EU might use the proposed tax as a bargaining tool in order to receive exemptions from the recently-imposed US metals tariffs.

“Some of these (tech) companies are among the greatest contributors to US job creation and economic growth,” US Treasury Secretary Steven Mnuchin said. “Imposing new and redundant tax burdens would inhibit growth and ultimately harm workers and consumers.”

The proposed EU tech tax would affect tech giants’ revenues from advertising and user data sale. Additionally, the tax will cover streaming revenues of such companies as Apple and Spotify.

EU officials say this would be likely a near-term solution, whilst a wider digital tax framework is still in the works.

EU officials are reportedly set to formally propose the new tax on March 21. The proposal is also expected to tax paid services on social media, as well as online retailers.

Experts warn the proposals could produce an increase in costs of such services for European users which is not necessarily a bad thing for the European Central Bank’s (ECB) policies, as this would drive inflation within the bloc, which is currently severely underperforming.

Moreover, the proposal would tax corporate revenues exceeding 750 million euros per year, and total taxable revenue under the EU law would be 50 million euros annually. These are subject to further debate, EU officials say.

“We need to be sure that we protect our rights,” an anonymous EU source told the Financial Times.

The tax proposal would require unanimous approval by all 28 EU member-states, and any no country could veto it. Experts say Ireland might sabotage the initiative, as the ultra-low EU tech tax environment has attracted a lot of US tech companies to the island nation over the past decade.

Additionally, some EU member-states say the issue of tech company taxation should be addressed on an international level, rather than unilaterally by the EU. They point to the Organization for Economic Cooperation and Development’s (OECD) tax counseling as a possible mechanism of implementation of such a tax on a global scale.

However, the OECD itself said in a report earlier this month that there is no global consensus on the matter, as the tech giants’ home countries are benefitting from the existing situation, whilst some other countries are developing their own national alternatives to major social media and music streaming services.

Subsequently, the taxation of the digital economy – coupled with the issue of cryptocurrency taxation – poses a major question to global policymakers, which is expected to linger for years.

Americans are eating way more fat. But it’s not butter.

‘We are entitled to dream a little’ after beating All Blacks,...