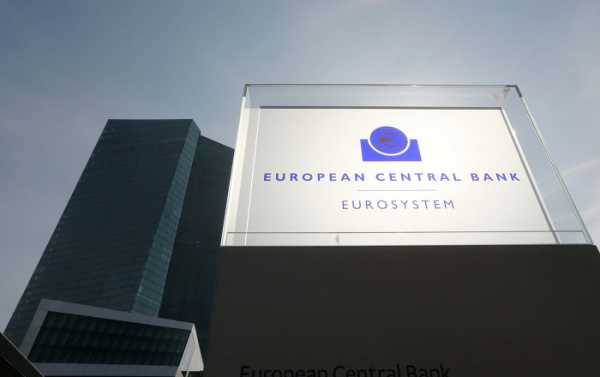 The European Central Bank (ECB) is moving to buy the bonds of several German regional development agencies, seeking a smooth transition to tighter monetary policies as it concludes its key bond-buying program this year.

Kristian Rouz — The European Central Bank (ECB) is taking its first steps towards wrapping up its bond-buying program, known as quantitative easing (QE), which is due to end this September. Such measures are crucial to preventing possible disruptions in Eurozone investment and economic growth amidst the planned changes in central bank policy.

The Eurozone’s monetary chiefs have allowed the ECB to purchase the bonds of German regional debt agencies, ensuring the smooth conclusion of the QE in the Eurozone’s powerhouse economy. This comes as the ECB’s QE has been faltering over the past several months due to the lack of private-sector bonds available for purchase in the open market.

In its most recent decision, the ECB enabled the bonds of seven German regional development agencies for central bank buyouts under the QE. The move comes upon request from the Bundesbank, which has been buying bonds across the Eurozone as part of the ECB’s QE.

“The ECB can always play with numbers and parameters to make QE last a little longer,” Frederik Ducrozet of Geneva-based Pictet Wealth Management said. “What they did, can at least at the margin help them to postpone the binding constraints — the day when they see those constraints kicking in.”

Bundesbank’s policymakers have argued their agency — effectively, the German national central bank — has funnelled money into other Eurozone member-states to fund their economic expansion for years. In the final six-month period of the ECB’s QE, Bundesbank sought to use its stimulative firepower to help its own national economy.

The final decision to end the QE is expected to be announced by the ECB in the coming months.

“Helped by stronger wage growth in Germany, the June meeting should set in motion the final push to end QE this year,” Anatoli Annenkov of Societe Generale said.

The ECB’s decision to satisfy the Bundesbank’s request also comes as a contradiction to ECB President Mario Draghi’s statements that the QE is not faltering due to bond shortages on the open market. This as the ECB has cut its monthly bond purchases from 60 billion euros to 30 billion euros. By the QE’s planned end in September, the ECB will have bought some 2.5 trillion euros.

The ECB has been buying Eurozone bonds for years in order to inject money liquidity into the bloc’s economy, badly shaken by the European debt crisis of 2011. As a result, the ECB currently has the largest balance sheet of all the world’s central banks, standing at $5.5 trillion — compared to the US Fed’s $4.4-trillion balance sheet, and the Bank of Japan’s (BoJ) $5 trillion worth of assets.

The ECB has not been funding national governments, and is holding zero euros worth of government bonds — unlike the US Fed, whose balance sheet includes some $2.5 trillion in US Treasury bonds. Instead, the ECB’s mandate has been to support private-sector enterprises.

There are several significant limitations to the ECB’s QE. For example, the central bank can’t hold the amount of bonds in a single country, exceeding 33 percent of the country’s total debt.

In Germany, the government has abstained from issuing new Deutsche Bonds, whilst the German economy has been growing rapidly, driven by solid exports, strong domestic consumption, as well as stable manufacturing. This has reduced the German debt-to-GDP ratio, making the German regional bonds a likely target for ECB buyouts, as there are no bonds left for the ECB to buy elsewhere.

This is due to massive purchases of bonds from the slowly-growing and debt-ridden economies of Southern Europe. In most of these countries, the ECB’s QE has already hit the 33-percent ceiling of bond buyout.

“It’s not a game changer — it’s not enough for them to extend QE in any meaningful way into 2019,” Ducrozet said. “But it could help at the margins to smooth the collateral damage, and the market impact from the end of the program when they will come closer to those constraints.”

Thus, albeit Germany doesn’t really need additional elements of QE, the ECB-Bundesbank compromise allows the former to steadily conclude one of its key policy programs, whilst the latter is enjoying a higher influence in the Eurozone.

House Republicans are trying to block a vote on the Yemen...

What about “horseface”?: reporter challenges a top Republican on foul language