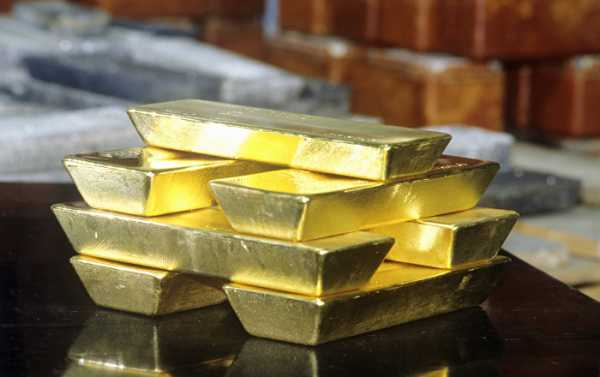 Exports of fine gold from Rssia increased 2,5 times to 56,6 tons (1,82 million oz) last year, compared to 22,4 tons in 2016, according to the Russian State Assaying Chamber under the Ministry of Finance.

The functions of the Assay Chamber of Russia include supervision over the production, storage, import and export of precious metals and precious gemstones.

Russia’s precious metals refineries reportedly produced 306,9 tons (9,867 million oz) of gold in 2017, which is 6,4 percent more than 288,6 tons produced in 2016. 18,4 percent of all the gold produced in the country was exported, while the rest 224 tons of the metal were purchased by the Central Bank of Russia to add to the country’s gold and foreign currency reserves, RIA Novosti reported.

The news agency cited a financial expert attributing the increase in the exports of gold from Russia in 2017 to the banks’ decision in the previous year to hold off until the prices grow. In the middle of 2016 the prices reached 1,360 dollars for the ounce, but then plummeted to 1,200 dollars. With the sluggish price fluctuations, banks decided to sell off their reserves in 2017.

Aliens in Their Own Land: How Native Americans Have Been Left...