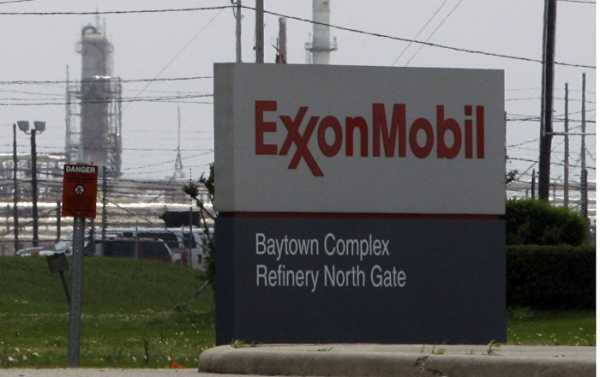 Exxon Mobil Corp, the world’s largest publicly traded oil producer, said on Wednesday it will exit exploration and research joint ventures with Russia’s Rosneft due to US and EU sanctions against Moscow. The move will reportedly result in an after-tax loss of $200 million.

According to a filing with the US Securities and Exchange Commission revealed on Wednesday, US energy giant has withdrawn from joint exploration and research ventures with Russia’s Rosneft.

“The Corporation expects it will formally initiate the withdrawal in 2018,” the document said. “The decision to withdraw resulted in an after-tax loss of $0.2 billion.”

The document noted that Exxon Mobil and Rosneft formed various entities between 2013 and 2014 to conduct exploration and research activities. However, in 2014 the United States and European Union imposed sanctions impacting the Russian energy sector, the document said.

In 2017, the United States codified and expanded sanctions against Russia and by the end of the year Exxon Mobil decided to withdraw from its joint ventures with Rosneft, the document added. Exxon Mobil and its affiliates continue to comply with all the applicable US laws rules and regulations, the document concluded.

In January, Exxon Mobil chairman and CEO Darren Woods announced plans to invest billions of dollars to expand production in the United States, in addition to previously announced capital spending.

“At ExxonMobil, we plan to invest more than $50 billion over the next five years to expand our business in the United States,” Woods said. “These investments are underpinned by the unique strengths of our company and enhanced by the historic tax reform recently signed into law.”

As an example, Woods cited plans to invest billions to boost oil production in the Permian Basin in the states of Texas and New Mexico.

Meanwhile, US crude oil production, mainly from shale output, broke a record in November 2017 that had stood since 1970, the Energy Information Agency (EIA) said on Wednesday.

“US crude oil production reached 10.057 million barrels per day (b/d) in November 2017,” according to EIA’s revised figures for the month presented on Wednesday. “November’s production is the first time that monthly US production levels surpassed the November 1970 production value of 10.044 million b/d.”

EIA explained the increase was due to the extraction of crude from shale and other fine-grained rock by using horizontal drilling and hydraulic fracturing, also called fracking.

EIA predicted that thanks to fracking, the United States will be producing more than 11 million barrels of crude oil per day by 2019, potentially overtaking Russia as the world’s top producer.

The withdrawal of US energy giant Exxon Mobil from joint exploration and research ventures with Russia’s Rosneft due to the sanctions was anticipated, Rosneft spokesman Mikhail Leontyev told Sputnik on Thursday.

“Unfortunately, it is an expected development. It was expected not only by us but also by Exxon itself since Exxon incurs losses, Exxon wanted to get engaged in these projects. I would like to point out to the fact that it is not about suspending cooperation in general, we are talking about offshore drilling, ongoing projects that cannot be shelved because Exxon cannot fulfill its obligations. It is okay, it is all quite a predictable thing, it is been coming,” Leontyev said.

Exxon Mobil, the world’s largest publicly traded oil producer, said in a filing with the US Securities and Exchange Commission revealed on Wednesday that it would exit exploration and research joint ventures with Rosneft due to US and EU sanctions.

China’s Virus-Hit City of Wuhan to Get Goods Supplies Via 24/7...

Spills and Thrills: Illustrations from Speed Skating at the Winter Olympics...