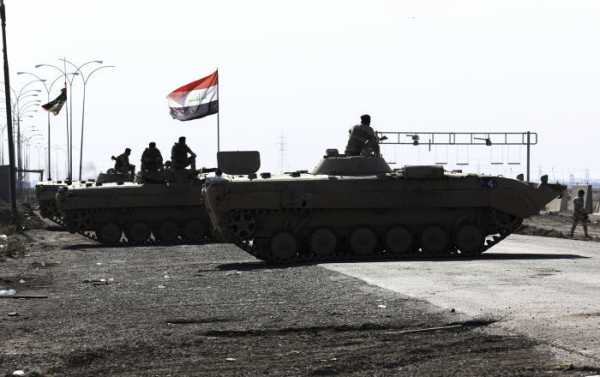 Recent protests in Iraq have not only brought down the head of government, but also arguably affected oil prices, which are expected to further fall amid overall political uncertainty, as the protesters are reportedly shifting their attention to neighbouring Iran.

Iraqi Prime Minister Adel Abdul-Mahdi’s resignation is believed to have pushed oil prices in the country down, however analysts are not certain about investors’ response to events taking place.

“Let’s see how the market reacts to this development. Scores were killed over the weekend”, he said, as West Texas Intermediate futures traded down about 4.3 percent at $55.61 per barrel in mid-day trading.

Helima Croft, head of global commodities strategy at RBC, echoed the stance, saying the situation in Iraq will possibly get worse.

The analysts further addressed the ongoing protests in the country, which led to the prime minister’s resignation stressing that the protesters “have turned their rage on Iran”, as Croft remarked. “That’s a key development, that the ire of the protesters is directed toward Iran”, Kilduff likewise stressed.

During the first days of unrest in the country, crude oil prices, quite the opposite, rose, due to concerns over potential supply disruptions.

According to the World Bank, Iraq’s economy improved in 2019 due to an increase in oil production, and GDP growth is expected to go up by 4.6 percent by the end of the year.

However, as Ali al-Mawlawi, head of research at the al-Bayan Centre, a Baghdad-based think tank, put it, one of the major issues is that “the oil wealth is spent on the public sector, and especially on salaries [to officials]”, implying that the distribution scheme is unfair.

The oil price hikes couldn’t but affect Iran as well, Haaretz reported earlier this month, suggesting at the time that if Iraqis topple their government, it could spawn an even bigger protest movement in Iran.

Prime Minister Adel Abdul-Mahdi announced his resignation Friday after the country’s top cleric knocked the government for the deadly protests raging in the country. Ayatollah Ali al-Sistani urged Iraq’s Parliament to stop the country from “sliding into chaos, violence, and destruction”.

At least 45 people were killed in Iraq on Thursday, the deadliest day since mass protests in OPEC’s second-largest oil producer kicked off in early October. The overall death toll over the past two months has climbed to 320 people.

The anti-government protests in Iraq persisted this month, with protesters blocking roads leading to five oil fields in the southern Iraqi province of Basra, which houses the biggest oil fields and the key oil export terminal in the country. People went into the streets to protest a post-Sadam Hussein Iraqi government that has so far failed for the past 16 years to provide service infrastructure and create a sufficient amount of jobs.

The depreciation in Iraqi oil occurred as the world is awaiting for OPEC’s meeting with Russia next week, with oil cuts dominating the agenda. News reports quoted unnamed sources as saying that Saudi Arabia, the top OPEC oil producer is seeking not to shoulder a bigger share of cuts, while Russia is potentially seeking to have its condensates taken down from the production quotas.

In the meantime, India, where OPEC accounts for 80 percent of all crude oil imports, has warned the organisation against imposing new oil production cuts as it believes the move could negatively affect consumer interests.

Is Alisson Becker the answer to Liverpool’s goalkeeping problems?