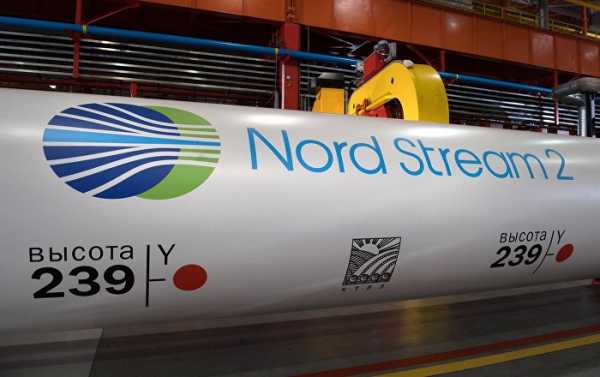 MOSCOW (Sputnik) – The Finnish government said on Wednesday it had given its consent for construction of the Nord Stream 2 pipeline through its exclusive economic zone.

“On 5 April 2018, the Finnish Government gave its consent to the Nord Stream 2 AG’s gas pipeline construction project in respect of the section that passes through Finland’s exclusive economic zone,” the statement read.

According to the statement, the consent is conditional, “which means the applicant has to meet the terms presented in the Government’s decision.”

“The party responsible for implementing the project must comply with the general principle of prudence in preventing and minimizing accidents and damage, must take due account of the susceptibility and vulnerability of the Baltic Sea and other existing projects in the exclusive economic zone,” the statement said.

“In Finland, Nord Stream 2 needs to obtain two permits for the construction and operation of the pipelines in the Finnish EEZ. The second permit is granted according to the Water Act and a decision is expected to be made within the next weeks,” the company’s press service said, adding that the Nord Stream 2 will be running for about 374 kilometers (232 miles) across Finland’s exclusive economic zone.

The company has already received the necessary permits in Germany, while the national permitting procedures in the other three countries along the route – Russia, Sweden and Denmark – are proceeding as planned, the press release said.

The pipeline project has been welcomed by some countries in Europe, such as Germany and Austria, and opposed by others, including eastern European states, which currently transfer Russian gas to Europe and may suffer transit revenues drop if the Nord Stream 2 is implemented.

F1 drivers’ crash helmets: The looks to watch out for in...