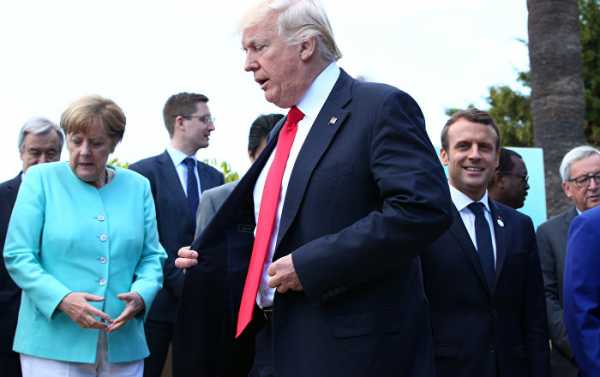 France has warned that the sanctions slapped by Washington on the Russian aluminum giant Rusal will be fraught with far-reaching economic repercussions for Europe.

France is urging its European allies, including Germany, Italy and Britain to convince Washington that anti-Russian sanctions need to be eased, according The Financial Times.

The newspaper cited a French official as saying that the newest sanctions, which specifically affected the Russian aluminum producer Rusal, would have a “direct and major impact on the provisioning of key products,” something that may prompt the closure of a spate of European industrial plants.

“They are not the kind which can be reopened overnight. So a solution is needed, and fast. Constructive engagement with the US is taking place,” the official pointed out.

The German Non-Ferrous Metals Association (WVM) has, for its part, warned of “significant shifts” in the country’s market due to the anti-Russian sanctions.

Calling for “a rapid political solution and exemptions for European importers,” the WVM said that “there is a threat of supply bottlenecks in raw aluminum and aluminum oxide, and of price increases.”

Most recently, chief executives of European aluminum companies have expressed concerns about the US sanctions against Rusal, which they claimed would prevent their smelters from operating at full capacity and prompt serious metal shortages.

In this vein, The Financial Times quoted Gerd Gotz, director-general of European Aluminum, as saying that he is “very concerned about the potential impact,” and that “if a cluster of this value chain is disrupted, it has consequences for the whole value chain.”

US President Donald Trump signed the Countering America’s Adversaries Through Sanctions Act (CAATSA) into law last June. The document stipulates that Washington can slap sanctions on entities and individuals that operate on behalf of Russia’s defense or intelligence sector, as well as those engaging in transactions with these sectors.

The White House warned foreign state-run and private sector firms that major transactions with Russian entities listed by the Treasury Department would be sanctioned.

The Russian Foreign Ministry, in turn, warned that this act will not go unanswered, advising Washington to “get rid of the illusions” about being able to speak to Moscow using a “language of sanctions.”

The latest round of US restrictions under CAATSA was introduced on April 6, with the sanctions list including senior Russian government officials and lawmakers, as well as major business owners and private and state-owned companies under their control. They include former Rusal president Oleg Deripaska, Gazprom head Alexey Miller and VTB Bank President Andrey Kostin.

US Has ‘Responsibility’ to Pay Afghans Reparations After Taliban Peace Deal...