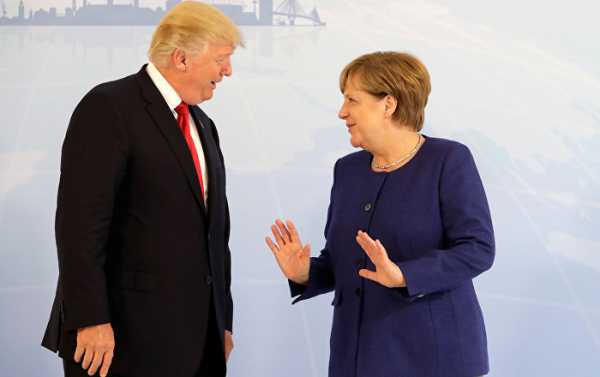 The new economy and energy minister Peter Altmaier made it clear before a meeting between German and US officials in Washington that the EU would take a strong stand against the new steel and aluminum tariffs proposed by US President Donald Trump.

The economy and energy minister of Germany’s new grand coalition government Peter Altmaier has warned the US government that if a trade war with their closest ally, the European Union, unfolded, it would have grave consequences for the EU and impact entrepreneurs and consumers on both sides of the Atlantic. Speaking to the German outlet Handelsblatt, he warned that “laughing third parties would be countries which profit from damping prices,” and that a lot was at stake for everyone concerned.

Altmaier, who represents  Angela Merkel’s Christian Democratic Union, travelled to the US for the German-American summit along with German Chancellor. He advised the US leadership against any steps which undermine the bond between the EU and US saying that attempts “to divide Europe, which is a customs union and acts together, would neither be in the interest of the US government, nor succeed.”

However, speaking to the local broadcaster ARD, he pointed out that the EU is ready for compromise, but lingered to predict if the talks would be successful. The key danger, according to Altmaier, is that both sides would find themselves “in the spiral of one-side measures,” which contradicts the idea of free trade. The idea is not perfect, as he told Handelsblatt, but if the US or any other country feels disadvantaged about something, it must be discussed, not dealt with unilaterally.

Germany’s first top-level visit to the US since the new coalition government started its term on March 13th started on March 19.  The German economy chief is to meet with his US counterpart Wilbur Ross to discuss, first of all, the 25 percent tariff on imported steel and the 10 percent tariff on aluminum, which Donald Trump imposed to protect US heavy industries from competition, particularly from China. The only countries that obtained exclusive exemptions were Canada and Mexico. Another threat is Trump’s plan introduce higher tariffs on car imports, which could hit German car producers.

The German minister’s decisiveness is completely in line with the position of the EU. It has already been announced that the Union is ready to fight back with higher tariffs on US whiskey and motorcycles. TEuropean trade commissioner Cecilia Malmström, who met with US trade representative Robert Lighthizer last week to discuss exemptions for the EU countries, commented earlier on the situation, saying that “If the EU is not excluded from the measures, there will have to be a firm and resolute, but proportionate, response.”

Stephen Hawking: ‘His laboratory was the universe’

UK Business Investment to Remain Subdued in 2018 Amid Brexit Uncertainty...