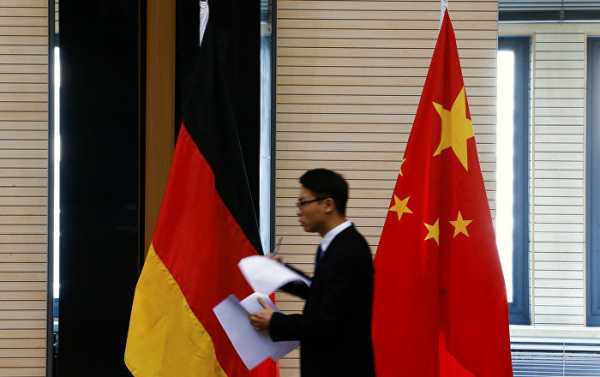 China’s activity on the German market is higher than ever and the head of the Federal Office for the Protection of the Constitution, Hans-Georg Maaßen, expressed serious concerns about this trend. Sputnik discussed the issue with Chinese financial analyst Liu Ying.

There is nothing unusual about the increased number of takeovers of German companies by Chinese ones, Liu Ying, a research fellow with the Institute of Financial Studies at the People’s University of China, told Sputnik, adding that such a trend is a sign of “healthy and close commercial ties between China and Germany.”

“They have nothing to do with industrial espionage, because the acquisition of German companies by Chinese enterprises is also beneficial for the German side: fresh money flows create new jobs. In addition, German companies are gaining access to the rapidly developing Chinese market, and this fact is very pleasing,” the analyst said.

His statement came a few days after the head of the Federal Office for the Protection of the Constitution, Hans-Georg Maaßen, expressed his concerns over potential “risks for domestic security” posed by Chinese companies in Germany.

According to Maaßen, along with the positive effect of investments, one should always bear in mind that every Chinese enterprise is obliged to cooperate with Chinese intelligence, which may, in turn, lead to sensitive data leaks.

“There is no need to conduct an espionage operation […], if you can buy an enterprise,” the official said in an interview with Süddeutsche Zeitung.

At the same time, Ying reassured that takeovers of German companies are a “common practice” and that such cooperation between the two countries would lead to “no negative consequences.”

“Transnational corporations are buying assets worldwide. […] The global distribution of production, research and development as well as the establishment of distribution networks is a common practice today. The activities of the People’s Republic of China in foreign markets have nothing to do with commercial secrets and technological reconnaissance. China has simply become a global investor,” the analyst concluded.

According to the German Ministry of Economic Affairs, the current volume of takeover deals between German and Chinese companies amounts to 14 billion dollars. In 2015, this figure reached only 530 million dollars.

Germany has repeatedly expressed concerns over alleged Chinese espionage aimed at acquiring sensitive information. In late 2017, Germany’s Office for the Protection of the Constitution stated that Chinese intelligence had allegedly contacted some 10,000 German citizens using fake profiles in social media to obtain access to sensitive data. Beijing denied the claims and called on Berlin to refrain from unfounded allegations.

China Officially Advises WTO of $611.5Mln in Tariffs Against US Products