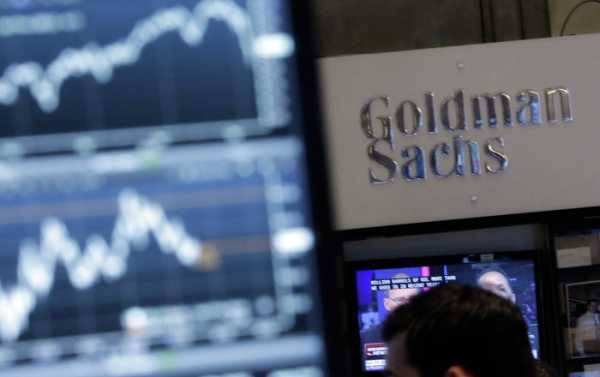 Analysts from one of the world’s largest investment banks warn that US stocks could decline by 20-25 percent if the US Federal Reserve continues its current policies, unless a robust expansion in the non-financial sector helps offset the risk.

Kristian Rouz – Experts from the investment bank Goldman Sachs say the current pace of the Federal Reserve’s interest rate hikes will lead to a dramatic sell-off in the stock market.

“As QE (quantitative easing, the Fed’s low-interest rate policy) gets tapered through this year and into next year, we’ve got a big swing in the supply duration coming,” Philip Moffitt of Goldman’s Asia-Pacific fixed-income unit said. “It’s going to put upward pressure on yields. I would think that 3.5 percent is not a very brave forecast.”

The analysts warn a sell-off in stocks could occur once the higher base borrowing costs push the benchmark Treasury yield high enough to open up new, more lucrative investment opportunities, including in bonds and the non-financial sector.

Goldman’s experts say if the 10-year Treasury bond yield hits 4.5 percent by the end of this year, the US stock market will see a massive sell-off.

This as the 10-year yield currency stands at 2.88 percent, whilst the Fed’s base borrowing costs are capped at 1.5 percent.

Goldman’s layout is more optimistic than the current market consensus, as many investors fear a sell-off could start once the 10-year yield touches the 3-percent mark. Investors believe higher bond yields will make debt securities more profitable than most stocks, whilst also making investment in non-financial private-sector enterprises more profitable than stocks as well.

“A rise in rates to 4.5 percent by year-end would cause a 20-percent to 25-percent decline in equity prices,” Goldman experts said in a note.

According to the bankers’ most optimistic scenario for equity investors, the benchmark yield could reach 3.25 percent by the end of 2018. This may play out if the Fed abstains from adopting more aggressive interest rate hikes.

This is quite unlikely, however, given the elevated inflation expectations, the accelerated economic growth as well as the Trump administration’s fiscal stimulus and the heightened projections for US government borrowing.

Goldman’s experts also said a sharp rise in the benchmark yield and interest rates could cause a slowdown in the broader economy, albeit not a recession.

Analysts point out that the most recent drop in stocks – which was the biggest stock market decline in US economic history in absolute numbers, although not in percentage points – was sparked partially due to investor expectations that the benchmark yield would touch 3 percent at that point.

This was due to the then-rife fears that higher projected US government borrowing would drive bond yields out of control – which didn’t happen.

Overall, the future of the US economy depends on the ability of the Fed and the Treasury to figure out the most appropriate form of interaction between tightening monetary conditions and massive fiscal stimulus.

President Trump’s tax cuts are expected to pour trillions into the economy, and will cost the federal budget an approximate $1.5 trln over the next 10 years. Meanwhile, the President’s infrastructure plan will inject some $1.5-1.7 trln into the non-financial sector, at a cost of at least $200 bln to the budget.

An Invaluable, Incomplete Show of Black Southern Art at the Met...

‘He Would’ve Done It for Nothing’: Trump Claims His Son Could...