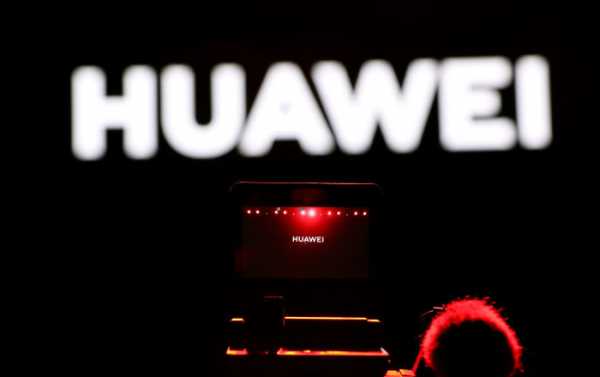 The world’s largest telecoms equipment provider released figures from sales revenues across numerous divisions on Tuesday, with high-level executives weighing in on the company’s performance amid US trade restrictions and the ongoing Coronavirus pandemic.

The company also invested 15.3 percent of its total 2019 revenues, totalling $18.9bn, into research and development (R&D), with total spending over the past ten years exceeding $86bn (600bn yuan).

RuralStar base stations connected around 40m users in remote rural communities across 50 countries and regions worldwide, totalling $42.5bn (296bn yuan) in revenues for the firm’s carrier business wing, up 3.8 percent YoY, it was reported.

The world’s fastest AI processor, the Ascend 910, also debuted in addition to the Atlas 900 AI training cluster, with revenues from enterprise business solutions topping $12.8bn, up 8.6 from the previous year.

Speaking at the company’s annual report press conference on Tuesday, rotating chairman Eric Xu said that 2019 was an “extraordinary year” for the company, adding that “business remains solid”.

Liang Hua, Chairman of the Board, said that 2020 “may prove to be an even greater challenge”, but urged adapting to “long-standing” trade restrictions imposed by the Trump Administration after being placed on an Entity List in May last year, while also addressing impacts from the ongoing COVID-19 pandemic.

Huawei vice president Victor Zhang said that the company’s immediate priority was to “work with partners and customers to ensure broadband and mobile networks remain reliable” as people keep in touch amid the coronavirus outbreak.

Speaking on the company’s performance in 2019, Mr Zhang said that Huawei was focused on creating value for customers and “maintaining the trust they’ve placed in us”, adding that it was “more important than ever” to work with operators, partners and local communities, to “ensure technology can benefit everyone in the UK”.

Speaking to Sputnik, Mr Zhang said that Huawei’s increased efforts in R&D were helpful in the fight against the global coronavirus pandemic.

He added that such efforts were not “linked to our marketing strategy, but a part of our free offer to support” global efforts to tackle the crisis and improve medical research.

Commenting on its Mobile World Congress and P40 Series product launches, which were diverted online due to the ongoing outbreak, Mr Zhang said: “We received positive feedback on [both] product launches, and many customers are looking forward to the new features in our products”, he said, citing new camera and AI technologies.

Demand for 5G phones was also growing, and the firm was “definitely looking forward to working with global supplies, including partners in the US, to deliver the best value to consumers”, he concluded.

Huawei has been embroiled in an ongoing trade war after US authorities accused the Chinese tech giant of spying for the Chinese government, among other allegations, which both the company and Beijing have sharply and strongly denied.

Despite the challenges, the company reported sharp growth across its consumer and 5G sales in February whilst launching its P40 Series of smartphones in March, revealing minimal US components and its proprietary Mobile Services ecosystem aimed at lowering dependence on US tech companies like Google and Microsoft.

Should Maroon 5 Not Play the Super Bowl Halftime Show? |