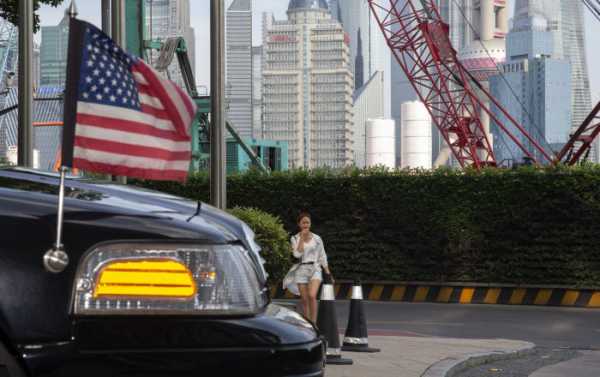 A senior figure for the top Chinese tech firm made the comments ahead of key measures aimed at easing tensions between the world’s two largest economies.

Huawei Technologies vice president, Victor Zhang said on Tuesday that his company “strongly” agreed with UK prime minister Boris Johnson that “the British public deserve to have access to the best possible technology”.

He also explained that Huawei had invested $15bn last year in research and development to help facilitate such measures, adding that the Chinese firm had been working with British telecoms for 15 years, including BT and Vodafone, to deliver the government’s commitment to boosting gigabit broadband across the country.

He continued, stating that “two UK parliamentary committees concluded that there is no technical reason to ban [Huawei] from supplying 5G equipment”, in addition to the MI5 head Sir Andrew David Parker’s comments there was “no reason to think” that the UK’s intelligence-sharing relationship with Washington would be harmed if the UK continued to use Huawei’s technologies.

The announcement was made after a damning global report from Oxford Economics explained the costs of restricting competitors of 5G equipment across leading markets such as Australia, France, Germany, the UK and US, among others.

The statement comes after PM Boris Johnson said on Tuesday, as cited by the BBC TV, that if “people oppose one brand or another then they have to tell us what is the alternative, right?”

He urged for clarity, stating that he did not want “to put in any infrastructure that is going to prejudice our national security or our ability to co-operate with five-eyes intelligence partners”.

Mr Zhang’s statement comes after Washington warned British officials on Monday in a dossier not to allow Huawei to build the country’s 5G networks, stating that doing so would be “nothing short of madness” and would jeopardise intelligence sharing.

The announcement comes after figures from China’s Customs Administration revealed that US-China trade has fallen significantly, coming third after the European Union and Asian at first and second, respectively.

Exports were up 0.5 percent in 2019 compared to the previous year, with imports declining 2.8 percent in USD terms, Beijing’s customs administration revealed on Tuesday.

The bureau reported a trade surplus of $421.5bn last year, with China’s trade with the US plummeting roughly 11 percent in yuan terms. Import and export growth surpassed forecasts in December, compared to weak figures in November, in addition to exports and imports leaping 7.6 percent and 16.3 percent, respectively.

The Chinese yuan also reached 6.9 to the dollar on Tuesday, it’s highest rate since May last year.

The news comes as Chinese vice premier Liu He is set to sign phase one of a trade deal with Washington on 15 January, which may ease tensions between the two countries during their volatile trade war, which began in 2018 and spiked in May last year after Washington placed Huawei, ZTE and over 70 Chinese firms on an entities list, angering Beijing.

China is also set to release figures on its 2019 gross domestic product on Friday, with the statistics head bureau stating at the weekend that the country would achieve its 6 to 6.5 percent growth target.

The news comes after US treasury secretary Steve Mnuchin announced that China’s Phase One trade deal commitments had not changed, with figures set to be released on Wednesday. The deal states that China will buy $200bn in US goods across four industries in two year, anonymous sources quoted by the South China Morning Post said on Tuesday. China is also expected to buy $75bn in manufactured goods as well as $50bn in energy and $40bn in agricultural products, among others, the deal reportedly states.

ESPN, Dan Le Batard, and the Refusal to Ignore Politics |