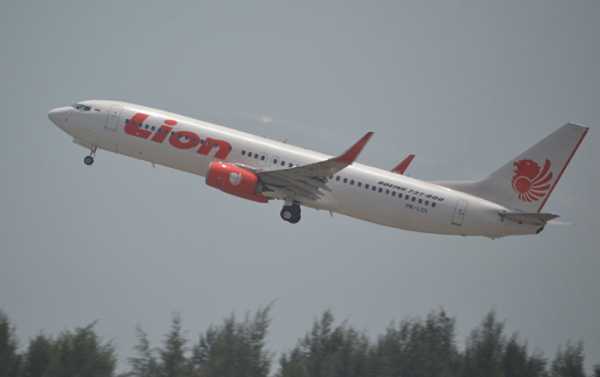 New documents provided by the House Transportation and Infrastructure Committee and observed by Bloomberg showed an unredacted conversation between employees just one year before Lion Air Flight 610 crashed in October 2018 and claimed the lives of 189 people. According to people familiar with the matter, the exchange took place the same month Lion Air requested simulator training for its pilots before introducing the 737 Max to its fleet.

“WHAT THE F%$&!!!! But their sister airline is already flying it!” replied a colleague, referring to Malaysia-based carrier Malindo Air.

The costly flight simulator in question would have familiarized pilots with the aircraft’s maneuvering characteristics augmentation system (MCAS) – which was a new feature introduced on the 737 Max and which has been identified as the main culprit behind the crashes Lion Air Flight 610 and Ethiopian Airlines Flight 302.

The messages referenced came as part of the over 100 pages of internal communications from Boeing that were provided to the Federal Aviation Administration and lawmakers before being released last week.

Though the released communications were redacted in some areas, Boeing has been receiving heavy backlash over its employees’ conduct and the company’s closeness to the Federal Aviation Administration.

“The story always comes back to the same thing: that Boeing was advancing the sale of this plane to capture market share, to capture the profits and cash flow that goes with it, and safety was treated as something that would occur without a great deal of focus,” Robert Clifford, a lawyer who has entered into litigation against Boeing on behalf of the families of several of the Ethiopian Airlines crash victims, told Bloomberg. “That’s just never the case in engineering.”

“Patrick Melrose,” Reviewed: A Showcase of Extreme Pleasure and Pain for...

“Enemy of the People”: how Trump makes the media into the...

Sauber, Charles Leclerc and the most-improved team of F1 2018?