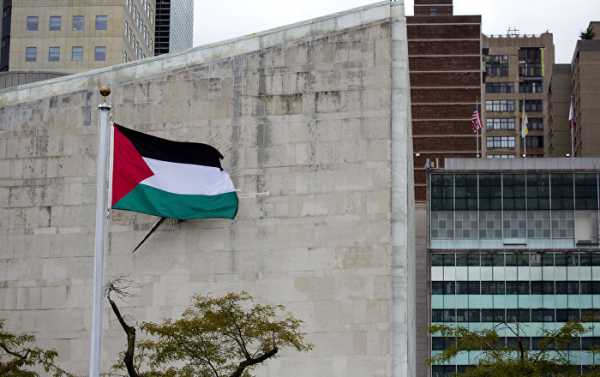 WASHINGTON (Sputnik) – Geopolitical tensions have put increasing strain on the Palestinian economy, pushing economic growth downward to nearly 3 percent last year, the International Monetary Fund said in a statement on Tuesday after a staff visit to the country.

“While the authorities see somewhat higher growth, staff estimates that growth slowed to close to 3 percent,” the IMF’s team leader Karen Ongley said in the statement. “At this rate, growth will not generate enough jobs or meaningfully improve living standards for the Palestinian people.”

Ongley warned that the ongoing deterioration of the economy and worsening humanitarian conditions risk pushing the country to a “breaking point.”

Despite increasing economic strains, the Palestinian Authority did manage to keep spending in check, reducing the overall deficit to around 7.8 percent and the recurrent deficit to 5.5 percent, the IMF said.

The IMF projected that growth would continue to stagnate at around 2.3 percent in the years to come due to capital erosion, difficulty doing business, geographic fragmentation and increasing restrictions on movement.

The United Nations Conference on Trade and Development said in its 2016 report that such factors as limits on movement, destruction of assets, expansion of Israeli settlements, and confiscation of land, water and natural resources generate “permanent crises of unemployment, poverty and food insecurity,” adding that “without occupation, the economy of the Occupied Palestinian Territory could produce twice the GDP [gross domestic product] it currently generates.”

Israel then issued a strident defensive response to the the report, saying that it was filled with “half-truths and vicious lies against the State of Israel.”