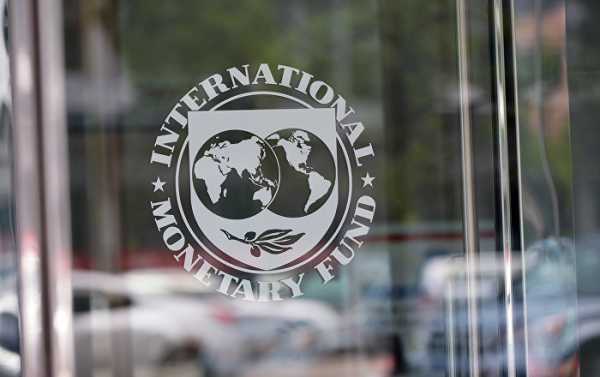 Managing Director of the International Monetary Fund (IMF) Christine Lagarde says she supports the idea of creating a European Monetary Fund (EMF) in order to prevent and curb local risks to global financial stability at the regional level.

Kristian Rouz — Some six years into the slow recovery from the European debt crisis, the International Monetary Fund (IMF) admits the complex scheme of EU and European Central Bank (ECB) bailouts of struggling national economies within the bloc could be systemised, and arranged as a regional lending mechanism.

This after the Greek debt fallout back in 2015 sparked a widespread resentment amongst the German taxpayers, who felt EU mechanisms are abusing Germany’s contributions to the integration project to subsidise the failing Greek economy.

“The crisis the Eurozone went through showed that it needs a crisis management system that is independent, able to act quickly and that works according to strict rules. What that mechanism is called is secondary. If one wants to call it a European Monetary Fund, then pleasedo so,” Lagarde said.

An IMF paper published Saturday reveals the world’s largest bailout institution might support the EMF initiative. Previously, the European Commission proposed transforming the European Stability Mechanism (ESM) into a regional lending institution with its own budget and a broad authority.

The EMF would still be subject to the European Parliament’s control and accountability, and based off the principles of the EU law. The institution, the Commission said, would also contribute to a greater financial stability of the Eurozone by backing its banking system.

Lagarde also addressed the IMF’s role in the European debt crisis earlier this decade, during which the Fund had to bailout several national economies — including Cyprus, Greece, Ireland, and Portugal. She said the IMF’s proposals aimed at ensuring reforms, transparency, and accountability in the crisis-hit countries, could be enhanced by cooperation with a regional institution.

“We do not serve a region but 189 countries. That also includes Eurozone countries. And if together they decide that other crisis mechanisms like the ESM are involved, that is in order,” Lagarde said.

The EMF plan draws support from such EU member-states as France and Germany — as both are feeling increasingly disadvantaged and obligated to sponsor the bailouts of the bloc’s less-efficient economies.

By establishing the EMF, the EU would effectively transfer control over its existing bailout system from the executive to legislative branch — i.e. from the Commission to the European Parliament. This, coupled with an increase in the bailout mechanism’s capitalisation and a broader authority, would make the European financial integration more flexible and efficient.

At the same time, the EMF’s bailout activity is expected to not drain as much resources as the ESM from the more sustainable regional economies — such as Germany or France.

This as Lagarde maintains the economies of many EU member-countries — including the more prosperous economies of Western and Norther Europe — need reforms in order to boost their output and efficiency.

“Growth has been accelerating further and unemployment declining. This good momentum could be used to implement reforms and increase productivity to ensure long-term sustainable growth,” she said after a meeting with the Austrian Federal Chancellor Sebastian Kurz — who reportedly seeks to implement right-wing supply-side economic reforms in his country.

Meanwhile, she said governments in the still unstable economies of Southern Europe should be more cooperative with the regional financial institutions and watchdogs in order to diminish the lingering risks.

“The Europeans have invested a lot of money in Greece and therefore have a legitimate interest in Athens continuing with reforms and delivering what it has promised,” Lagarde said.

Overall, the EMF proposal is gaining momentum both within the EU and internationally, mainly due to expectations such an institution would prevent and curb local financial fallouts at the regional levels, without undermining the global financial stability when the next crisis comes around.

‘They Did Everything to Destroy Us’: Trump Thrashes Pelosi, Romney After...

Rosine Mbakam’s Intimate Documentaries of Cameroon and the Diaspora |