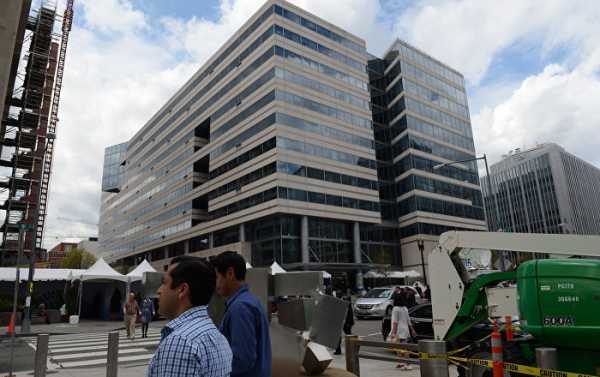 Finance Ministers and Central Bank governors from the world’s 20 wealthiest economies (G-20) should begin developing a global regulatory framework for trading in crypto-assets such as Bitcoin, IMF Managing Director Christine Lagarde wrote in a press release on Thursday.

“There is also room to develop international regulatory principles for crypto-assets, including initial coin offerings (ICOs),” Lagarde said. “The goal should be to harness the potential of the underlying technology, while ensuring financial stability and mitigating the risks from money laundering and terrorist financing.”

The release accompanied a separate IMF report predicting annual global economic growth of 3.9 percent in the next two years, also prepared for the March 19-20 financial summit in Buenos Aires, Argentina.

In the past, Lagarde has recommended using technology to create international registries with digital signatures for crypto-asset buyers and sellers. She has also suggested using biometrics and artificial intelligence to tip off law enforcement authorities of dubious transactions.

“Economic history clearly shows that trade wars not only hurt global growth, but they are also unwinnable,” Lagarde wrote.

In imposing a 25 percent duty on imported steel and 10 percent on aluminum, US President Donald Trump rejected warnings of retaliation by US trading partners by claiming that a trade war would be an easy win for the United States.

The economic recovery in Russia is expected continue for the next two years amid a cyclical expansion of global output, according to a report by the IMF.

“In emerging Europe, activity will remain buoyant — amid strong export demand from the euro area — and the recovery in Brazil and Russia is expected to firm,” the report said.

However, the report also warned that commodity price volatility could subdue growth prospects in nations that depend on commodity exports.

Growth this year and next is projected to remain above 2 percent in the Commonwealth of Independent States, supported by a slight upward revision to growth prospects for Russia in 2018, the IMF predicted.

Following a protracted recession due to low oil prices and sanctions, Russia’s resource-rich economy returned to growth in 2017 with a 1.7 percent expansion, according to the World Bank Group.

The IMF is predicting global growth of 3.9 percent in 2018 and 2019 due to a cyclical increase in economic activity — especially in emerging economies — before moderating in 2020.

Threats to Global Economic Growth Beyond 2019

Rising interest rates to combat inflation threaten to mitigate global economic growth following a two-year period of brisk growth in global output of 3.9 percent in 2018 and 2019, according to an IMF report released on Thursday ahead of a financial summit in Argentina.

“With inflation expected to rise as higher growth reduces residual slack… monetary policy will gradually normalize, leading long-term interest rates higher,” the report said. “In contrast to much of the emerging world, the current forecast foresees a reduction in GDP growth over the medium term for most of the G-20 advanced economies.”

Finance ministers and central bank governors from the Group of 20 (G-20) advanced economies, including Russia, are to meet in Buenos Aires, Argentina, on March 19-20.

Threats to longer-term economic growth include protectionism, such as US imposition of tariffs on steel and aluminum exports, demographic pressure from aging populations in developed countries, rising debt levels in both advanced and developing countries, and slow productivity growth, the report noted.

The report urged nations to protect the global economy by implementing structural reforms, such as limiting credit growth, increasing female participation in the labor force and reducing national budget deficits, especially in the United States.

Huawei Plans to Move US Research Centres to Canada Amid US...

How Tottenham striker Kane performed on his return from injury

Between Sliding Stocks and Soaring COVID-19: Why Re-Opening of US Economy...